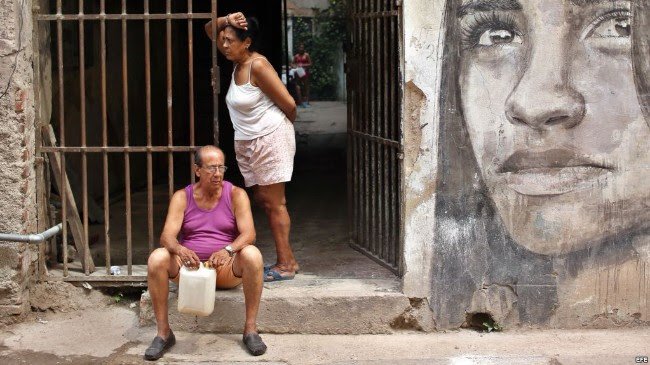 Three recent economic news exemplify the disastrous situation of most Cubans due to the obsolete nature of the regime that prevails in the country and the reactionary nature of Raul Castro and his clique.

In this instance the causes are two: 1) the slowdown of what some insist on calling Raul’s “reforms”  and 2) the disclosure made by  Reuters News agency of an official document that reveals the regime is planning to increase State control over the private sector and further limit the entrepreneurship potential of self-employed workers.  Apparently the Military Junta is concerned because 12% of the country’s labor force already works in the private sector and the growing levels of prosperity this segment of society have reached.

Meanwhile, another effect is the bleeding of foreign currency that results from that circumstance. According to a study made by Havana Consulting Group (THCG), between 280 and 350 million dollars a year are fleeing the country due to the regulating obstacles imposed by the dictatorship on self-employed workers, who are prohibited from expanding their businesses or investing capital in others sectors of the Cuban economy.

The economic and social impact that this burden carries to the population can be summarized with a single data: a report from a global search engine of international trade data (OEC), reveals that in 2015 Cuba exported sugar valued at $378 million US$ and tobacco for US$ 213 million. Therefore, the currencies that now flee the country because of the tropical Stalinism of Raul Castro outweighs the value of sugar exports. Possibly that flight of capital doubles the amount of tobacco exports.

And why are the capitals fleeing?  As the regime prohibits the concentration of wealth, Cuban entrepreneurs take their profits from the country to other countries and invest there in small businesses. Depositing them in the Cuban state banks would make them vulnerable to any capricious confiscation as they suffered on the island since 1959.

Many cuentapropistas (self-employed) already have acquired respectable amounts of money, and since the “white card” (permission to exit the country) no longer exists, they travel abroad with all the physical money they can in foreign currency, or use “mules” to get it out, or they buy properties in Cuba that they then sell to foreigners. But they always end up investing or depositing the money offshore.

The bottom line of this additional decapitalization is that the dictator and his military partners perceive any eventual takeoff of the private sector as a threat to the neo-Castro transition. They want to keep their militarized state capitalism in which they can only enrich themselves and never the rest of the Cubans.

Castro II and his military fear competition from a strong private sector. They refuse to allow entrepreneurs to become prosperous entrepreneurs that could eventually demand greater freedoms in the future, both economic and political.

And as for the people…?  Its living standards keeps deteriorating.

In past years, Moscow has not provided monetary support, Venezuelan subsidies have declined substantially since there is much less free oil, and Maduro is faltering. New tensions with the United States contracts tourism and presents Castro with new challenges. The situation has no other solution but to dismantle their absurd governance method that has ruled the national disaster for over half a century and restore the freedoms kidnapped from Cubans throughout that period of time.

For the Cuban power elite to keep betting on the status quo in 2018 equals to playing Russian roulette.