THE TRUTH FROM THREE PRIESTS AND THE LIES FROM CEPAL 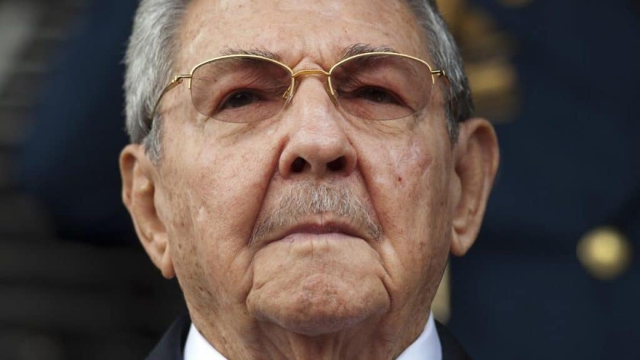 Three Cuban Catholic priests issued a public letter to Raul Castro that can be considered the most forceful denunciation of the prevailing system on the island in recent years made by members of the clergy of the Catholic Church in Cuba.

No priest of the Cuban Catholic Church had made such a clear, direct and forceful approach as this one, since the welcoming words offered by Bishop Pedro Meurice to Pope John Paul II in Santiago de Cuba in 1998. The three priests have just denounced, in a letter to Cuba’s Head of State, the crimes that the totalitarian regime have committed and that the Cuban people have endured for almost  sixty years.

The text, unintentionally, evokes the “pastoral letters” against the incipient dictatorship of Fidel Castro that the Catholic Church issued many decades ago. As early as August 1960 the Cuban bishops launched a “pastoral letter” condemning communism when they already saw it coming rather fast.

That has changed radically since then. Now, the day after knowing the letter of the three priests -José Conrado Rodríguez, Castor José Álvarez de Devesa, and Roque Nelvis Morales- to General Castro, the highest hierarchy of the Catholic Church in Cuba refused to comment the document. They considered it a “personal opinion” from the priests. While the church did not attacked them, they basically ignored it. It was to be expected.

The three clergymen expressed to Castro II that “in Cuba there are votes, not elections. We urgently need elections where we can decide not only our future, but also our present. Now we are just invited to ‘vote’, to say ‘yes’ to what already exists and which there is no will to change.”

They denounce “the absence of the ‘Rule of Law” and they drew the attention of the dictatorial leadership: “time is running out, it is urgent to open the door”. And after lamenting the “economic destitution that the Cuban people are living”, they ask the dictator: “Why are foreigners invited to come and invest their money while Cubans are not allow to invest with the same opportunities?”

The patriotic letter saw the light almost at the same time as a study on Cuba published by the Interamerican Development Bank. A team of economists directed by the Cuban Pavel Vidal (resident in Colombia) showed that Cuba is much poorer than the government’s official statistics indicate. Vidal found that the Cuban Gross Domestic Product (GDP) per capita in 2014 was distorted from $ 3,016 dollars to $ 7,177 dollars, because the regime inflates the value of the Cuban peso and artificially equates it to the US$ dollar.

The alledged Cuban GDP per capita of $ 3,016, did not compete that year with that of Colombia ($ 7,913) as the regime suggested, but with that of the poorest countries of the hemisphere.  To make matters worse, the government counts as income the expenses made in health and education. But international organizations, knowing it, willingly accepted the false reports from Castro and praise the government for its great social work.  That is how – from one statistical lie to another – the Cuban dictatorship has been able to brag pretending that the country it has actually destroyed supposedly has a much higher score within the Human Development Index.

The executives responsible for covering those lies at the Economic Commission for Latina America and the Caribbean should resign.  But they do not. They lack the commitment to the say the truth, the courage, and the dignity of the three priests.