THE DICTATORSHIP IS IN A STATE OF DENIAL 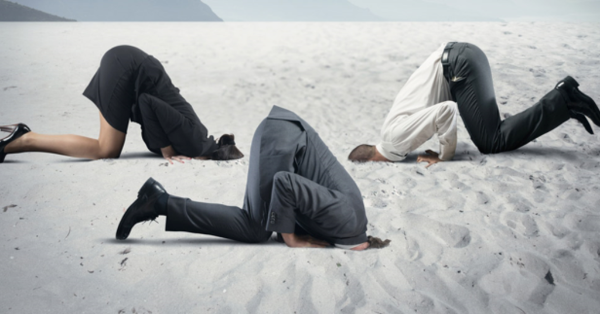 A state of denial usually occurs when people are diagnosed with a terminal disease. The first reaction is to convince themselves that everything can be controlled. It can also happen to a group of thugs when they are caught in the act. They think they will get rid of a sentence if they stick to repeating lies until the last minute. Today the syndrome of denial is suffered by the power elite in Cuba.

The first hearing on the attacks on the health of US diplomats in Cuba was held by the Subcommittee of the United States Senate for the Western Hemisphere on Transnational Crime, Civil Security, Democracy and Human Rights. During its sessions, the Subcommittee clearly established what is already known and what remains to be known in this matter.

These are the known facts:

Points c and d are complementary and makes it irrelevant to know the details about the individual identity of the executors of these actions. Either they were Cuban officials or they acted in concert with them and it was their responsibility to protect – not harm – the diplomats in their territory.

It remains to be defined: what was the device used and to what purpose it was used: listening to diplomats – and then something went wrong – or deliberately affecting their health?

The responsibility for what happened is clearly and inevitably placed on the Cuban government’s side and their refusal to recognize it only makes things worse.

Although Washington has not yet determined the mechanism used to attack its personnel (sound waves or micro wave), it has specified that Cuba – being a police state – had to know that these attacks were occurring and who were carrying them out.  Therefore, Washington continues to demand from the Cuban government an adequate response.

Quoting Steve Goldstein, Deputy Secretary. of State for Public Diplomacy and Public Affairs,  “We believe that the Government of Cuba has the answer to this and they should be doing more to help us solve it. The Government of Cuba knows what happened, so we would like them tell us about it and avoid this happening again.”

He also stressed the fact that while there is no certainty that it was done through acoustic attacks that “does not mean that there is no other cause.” “What we have clear is that there are 24 injured, what happened and that it was deliberate,” he insisted. Both the assistant director of Diplomatic Security, Todd Brown, and Charles Rosenfarb, in charge of the Bureau of Medical Services of the US Department of State, clarified that the injuries suffered by the diplomats did not come from any natural cause.

But the military dictatorship is still clinging to the clumsiest and most damaging possible position: it denies what happened and insists that everything is a hoax of the Trump Administration to sabotage the Cuba-US relations.  One wonders if they were so interested in the relationship, why, under the Obama Administration and especially during the dialogue for the reestablishment of relations, Havana strengthened the repression not only on the island but also in its terrorist narco-colony in Venezuela, smuggled arms to North Korea and seized a Hellfire missile.

Thus, as it is said on the island, “the domino chips are locked” (indicating the game can’t continue).  There is no solution to a problem that affects thousands of Cubans who wish to emigrate, or travel to the United States, and also those Cuban Americans who want to visit the island from the United States.

The response of the dictatorship is the only one within its reach: a tsunami of propaganda against President Trump who is blamed for having created this whole plot to harm the Cuban people. Therefore   they have fully mobilized their machinery of active measures and disinformation inside and outside of Cuba. In this field they must also be defeated.