TO FACE THE DISASTER: DEMAND RIGHTS AND FREEDOMS! 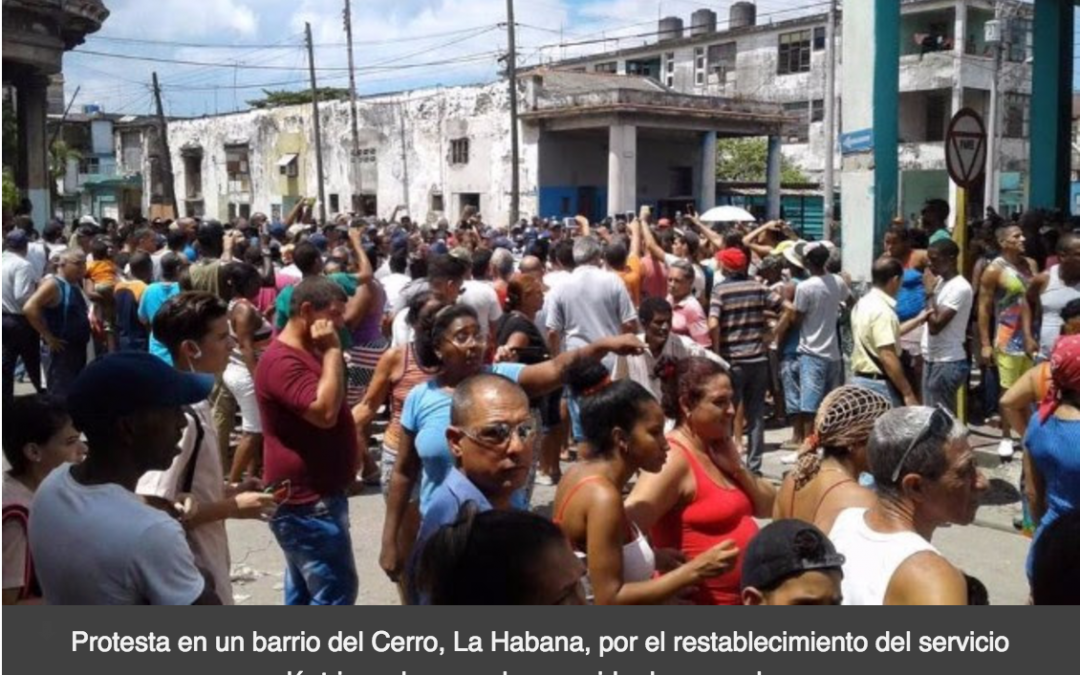 The catastrophe caused by hurricane Irma in Cuba has again shown the misfortune of living under a totalitarian regime. The most destructive hurricane ever recorded in the Atlantic has brought to light the depleted, ruined nation that resulted from of an extremely rigid and centralized socioeconomic model which only generates poverty and lags behind modern civilization.

Irma have hit an island that does not have the flexibility of a free market. A country in which the productive forces have been suffocated by absurd laws and regulations. The forces of innovation in Cuba are not free to create anything. For this reason, under the impact of a furious blow of nature, Cuban society is prevented from working to its full potential in the economic and social reconstruction of the nation. No other country in the hemisphere is in such a sad and dramatic situation.

There are no available private companies or solid independent institutions of civil society. They could have help repair the damage. As a consequence of a dogmatic and impoverishing ideology, more and more Cubans live submerged in a lacerating misery. They depend for everything from a financially broken state, whose head of state, Raúl Castro, had not yet gone anywhere to personally assess the damage. From his comfortable bunker, the dictator acts impudently, calling on the people to “trust in the revolution”.  What revolution?

Only in Havana 975 homes totally collapsed or lost the entire roof. Another 986 homes partially collapsed and 1,555 lost part of the roof. In total 4,288 homes were affected by the hurricane. Thousands of homes ran the same fate throughout the country, which already had a housing deficit near one million habitational units. Tens of thousands of people lost all their personal property such as furniture, refrigerators, TV sets, appliances, and mattresses. Most probably they will never be able to recover them, especially those who do not have relatives abroad.

In the tourist industry, the main economic pillar of the country, the damages are extensive. On the other hand, it is estimated that 30% of the sugarcane crops of ​​the country was lost, that is to say close to 300,000 hectares, because the plants were laid down or broken by the strong wind. That will drop the sugar production dramatically, which was already low at the beginning of this century.  Add to this the loss of vast crops of bananas, fruits and vegetables, as well as the lack of potable water, damage to thermoelectric plants and vast destruction of roads throughout the island.

The picture is bleak. Now, with the disaster caused by Irma it is evident as never before  the crime against humanity that the military dictatorship of the Castro family represents.

It is not fair that all the people should be subjected for almost 60 years by a handful of corrupt privileged, abusers and despots, divorced from the “masses” they claim to represent.

In the midst of this dramatic situation, the Cuban power elite intends to continue administering the country as if it were in the nineteen eighties of the last century and the USSR would still subsidize it.

The Cuban power elite decides which donations to accept and which to refuse. It appropriates them and then sells to the victims what should be given free to them according to universal practices. They distribute what others donate to receive the beneficiaries’ credit.

And then Raul Castro wastes rivers of ink to promote his propaganda that “the revolution” will take care of everyone and that, to that end, he will receive international aid. To add to the cynicism, the bank that belongs to GAESA, the military’s holding company, announced that it opened an account for anyone wishing to send donations in freely convertible currency, while the products in the chain of stores of that entity are already starting to go up.

It is essential in this dark context to claim the right of civil society to manage, receive and distribute donations in cash and/or materials without taxes or customs duties.

However, the news of massive social protests in the capital and elsewhere on the island represent a ray of hope. Only the recovery of rights and freedoms – not external donations controlled by the regime – will allow Cubans to move towards prosperity.