The New York Times, once again, at the service of Raúl Castro 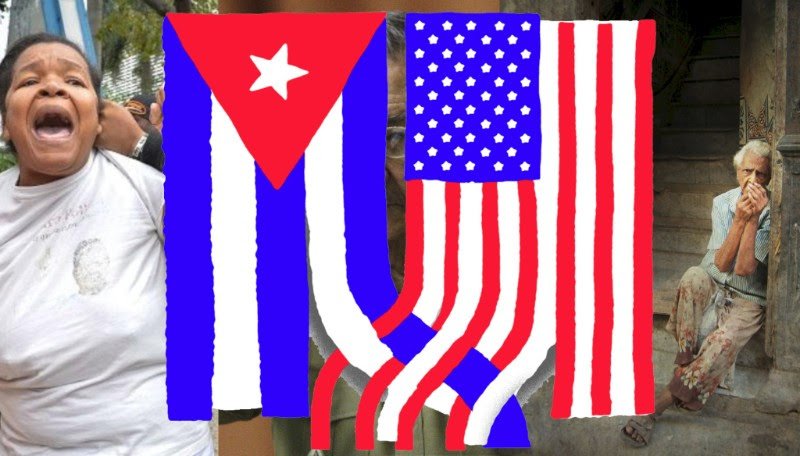 The New York Times continues to insist on politically favoring the Castro dictatorship. That is the message of its latest editorial on US-Cuba relations.

For his part, OAS General Secretary, Luis Almagro, announces that his main challenge for the third year as the head of the regional organization will be to advance “the pending challenges of human rights in Cuba and the growing challenges to democracy in the hemisphere.” The assessment of Almagro somehow coincides with an opinion of Freedom House when it puts Cuba as an example of an “old dictatorship” and “modern totalitarianism”.

It seems that almost everyone, except the New York Times, agrees to point out the issue of worsening human rights violations in Cuba, instead of taking out new arguments from a hat to ignore them.

The New York Times‘s editorial title is “Undoing All the Good Work on Cuba.”  Really? What is the result of that “good job”? Human rights agencies report that in the first five months of 2017 2,240 political arrests were made on the island. The International Labor Organization (ILO) is concerned about the violation of labor rights in Cuba. Florida Governor Rick Scott denounces Raúl Castro’s responsibility with the “bloodbath” in Venezuela. International experts show how the destiny of Cuba is in the hands of the military.

None of that seems to bother the Times. The newspaper that in February 1957 “invented” the revolutionary myth of Fidel Castro with the interview conducted by Herbert Matthews, now comes out once again in defense of the policy of Barack Obama to continue making graceful concessions to General Castro without asking anything in return. By the way, The Times also attacks in advance any new policy that may be adopted down the road by the Trump Administration to pressure the Havana regime to respect human rights.

Shortly before the Times‘ editorial circulated on all 5 continents, Raúl Castro convened an “extraordinary” meeting of the National Assembly (Cuban parliament, who meets twice a year in three-day sessions and unanimously approves everything). There the dictator reiterated that the current brand of Stalinist totalitarianism in Cuba will be eternal and that average Cubans will not be able to accumulate wealth. For him that privilege should remain in the hands of his generals because that corresponds to the generals and all the military claque that runs the island.

With an economy incapable of self-sufficiency and surviving thanks to subsidies from Venezuela and remittances received from the US, Castro’s choice of reasserting his dogma, instead of announcing the liberation of the productive forces of the nation, is indeed a proven formula to increase poverty in Cuba, while blaming the embargo of all the evils and misfortunes of which the Cuban government is solely responsible.

This insistence on the absurd explains why the Tiendas Recaudadoras de Divisas (Currency Collecting Shops) have begun to close. The lack of foreign exchange for the Cuban colossal unproductive state prevents the importing of food and consumer goods to sell within the Island. This situation coincides with the complaint by farmers from Mayarí that the robbery and slaughter of cattle has increased. Obviously, since there is almost no beef offered at the “mall”, robbery provides more profits at the transactions in the black market of meat of cows and oxen.

As the perennial crisis of the Cuban economy worsens with the Venezuelan disaster, it is the inescapable obligation of Raúl Castro to sack the straitjacket that suffocates the entrepreneurial capacity of Cubans. Of this The New York Times does not say a word.

Foundation for Human Righs in Cuba