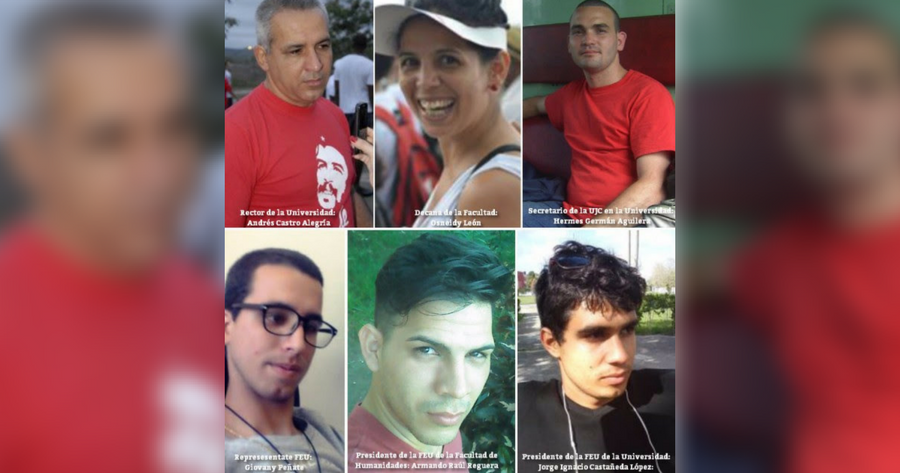 The Foundation for Human Rights in Cuba (FHRC) has expanded its “Cuban Repressors” project in order to be able to accommodate the “white collar” (academic, cultural, judicial, and administrative) repressors. From now on the site www.represorescubanos.com will not only include reports against repressors that mete out violence. It will also follow up the actions carried out by the “white-collar” repressors and identify “for-export” (military and intelligence advisers) repressors, who today counsel the regime of Nicholas Maduro on the most efficient way to crush the popular rebellion in Venezuela. We invite all of their victims and other citizens to send us the corresponding reports.

Why has FHRC taken that decision?

“Violent repressors” break heads and arms, but “white collar ones” are no less abhorrent. They break dreams and lives. Their human mediocrity must be known in international academic and cultural circles that may consider inviting them to lecture or apply for scholarships abroad. We do not include “white collar” repressors for their ideas, but for their repressive actions that destroy the lives of those who do not think like them.

This has become necessary because the repressive frenzy in Cuba has intensified; they are rehearsing new operational modalities and extending to other areas of society, beyond the opposition organizations. Victims of violent repression have been sending us information about their perpetrators with full names. It now becomes necessary to identify not only those who kick men, women, elders and children on the streets, but also to disclose the names and personal data of the “white collar” repressors.

No less dangerous and abject are the Cuban “repressors for export.” As it has been documented by means of a recording, the Maduro government and their generals discuss behind closed doors and without leaving behind documents that may incriminate them -as the Nazis did in the meeting of Wannsee when they planned the “final solution”— the way to massacre the growing popular uprising using snipers against demonstrators. Behind the planning of this imminent massacre are the Cuban “repressors for export” who advise the local hyenas. We count on the collaboration of Venezuelans and Cubans to unmask them.