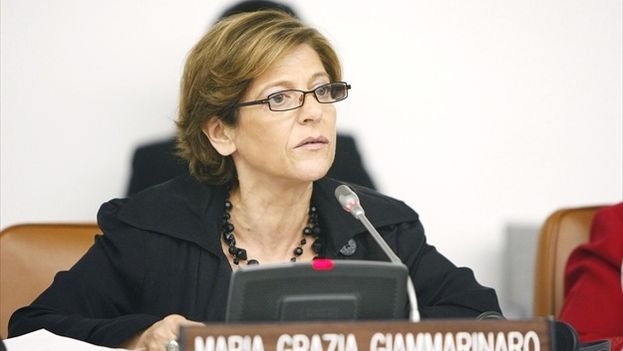 We truly welcome your visit this week to Cuba and, in this regard, wish to express our willingness to assist your efforts in any way you may deem appropriate. While we are aware that you will face significant challenges in your task we are confident that your integrity, professionalism, and experience on these matters will for the most part ensure the successful outcome of your mission. But it will not be an easy one.

Allow us to respectfully offer some concise comments on this matter that may be useful to you.

Dear Ms. Giammarinaro, we noted a report indicating that independent Cuban lawyers and other civil society associations had only learned of your upcoming visit next week as of last Friday, and the details were learned exclusively via the Cuban media. That is worrisome.

The Cuban power elite is incapable of making the economy viable, but is quite efficient at repressing independent voices. They are adept at bringing celebrities and VIPs to a Magical Mystery Tour of the island in which they will try to impress them with “Potemkin Villages” showcases such as CENESEX.

Please, be aware that you are not visiting an open society. The key messages that you will hear have been carefully scripted and rehearsed in advance to your visit. Access to your delegation will be closely monitored and filtered.

The Foundation for Human Rights in Cuba is ready to assist you in the coordination of interviews with civil society independent representatives, either during your trip or once you are back in Europe. We wish you a successful trip and all the best.