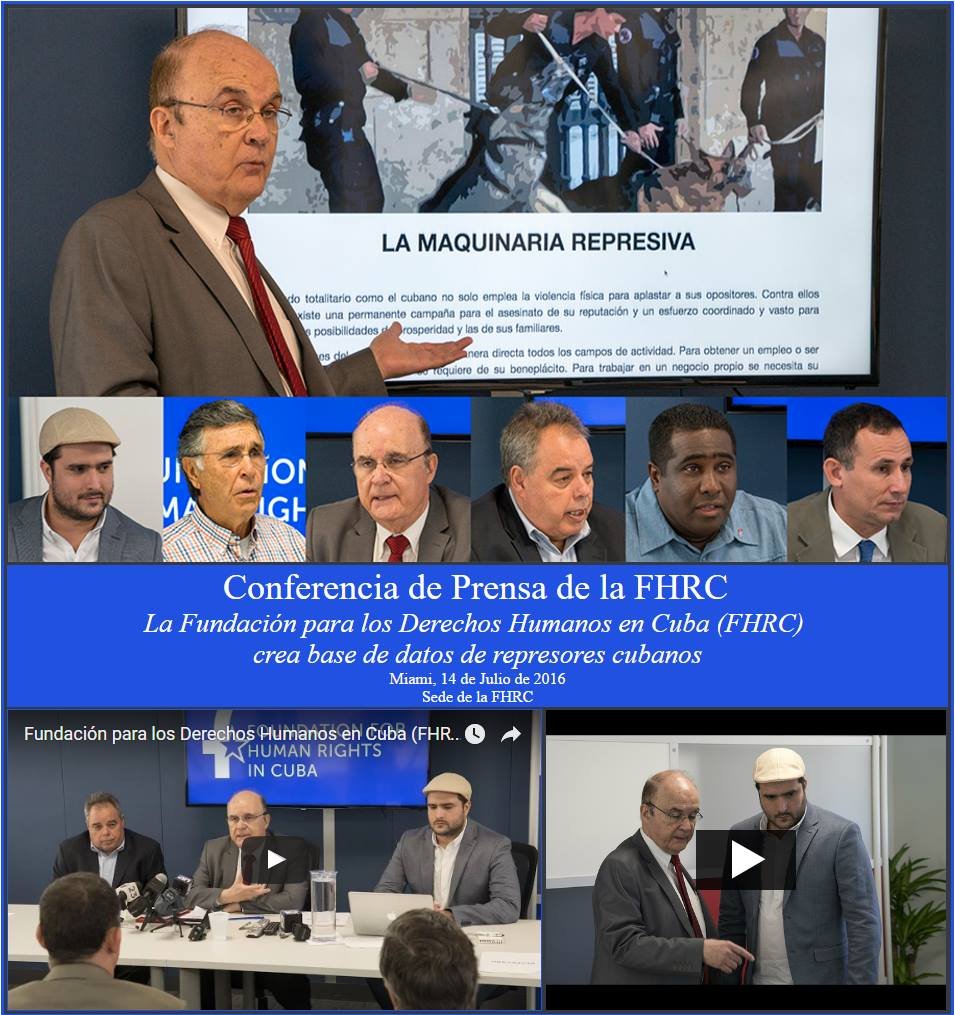 The Foundation for Human Rights in Cuba announced the creation of a online database for Cuban Repressors that will be shared with governments and intelligence agencies from around the globe.

This project is sponsored by the Foundation for Human Rights in Cuba (FDHC | FHRC) with the cooperation of relevant organizations from the cuban civil society and other countries. Its being developed in alliance with Repression ID impulsed by a group of distinguished lawyers from cuban-american origin. The Institute for Historic Memory Against Totalitarianism.

Stop political violence and contribute to facilitate coexistence in the future Cuba.