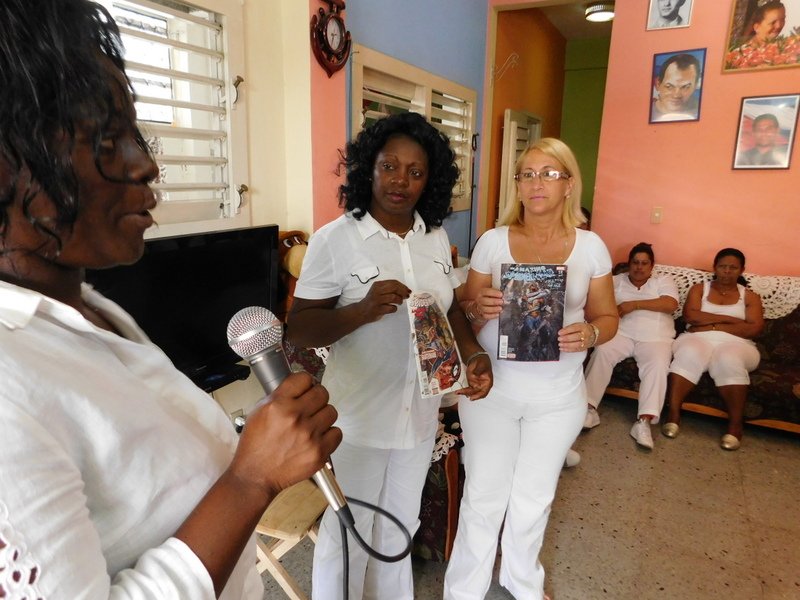 Last week at their Havana headquarters, during the weekly meeting known as “The Literary Tea,” the Ladies in White received a special “surprise” from acclaimed comic book and television writer Jose Molina. The package included four autographed Spider-Man comics from the popular Marvel comic book series, which features the well known superhero going to Cuba, and discovering serious “issues” regarding human rights from the locals he encounters. During one such encounter, a Cuban professor tells “Spidey” aka “Peter Parker” about the many problems facing ordinary Cubans, including the repression of human rights defenders such as Havana’s Ladies in White. In this exchange, Molina was actually educating millions of people who may have never otherwise been exposed to the realities of Cuba’s modern day repressive dictatorship.

Upon receiving the package, leaders of the internationally recognized human rights movement presented the comics to the group, explaining the content of the comic which references their work, along with the four Spanish language dedications all signed by Molina, and translated here:

Dear Ladies in White: The World hears your voices. Thank you!”

“Thank you to always fight for justice.”

“May God Bless you always!”

In return, via the Foundation for Human Rights in Cuba (FHRC), the Ladies in White sent Molina a reply message:

“Our sincerest thanks to our friend Jose Molina for mentioning us in the famous Spider-Man comics. We want to assure all his readers that the Ladies in White will continue to fight for the freedom of all Cuban political prisoners and for Human Rights in Cuba.” Thank You, The Ladies in White, Havana, Cuba.

The FHRC would also like to thank Mr. Molina for his support of Cuba’s human rights activists and for exposing the truth to the world about the ongoing repression and lack of basic freedoms in Cuba. Together, we can all truly make a difference… 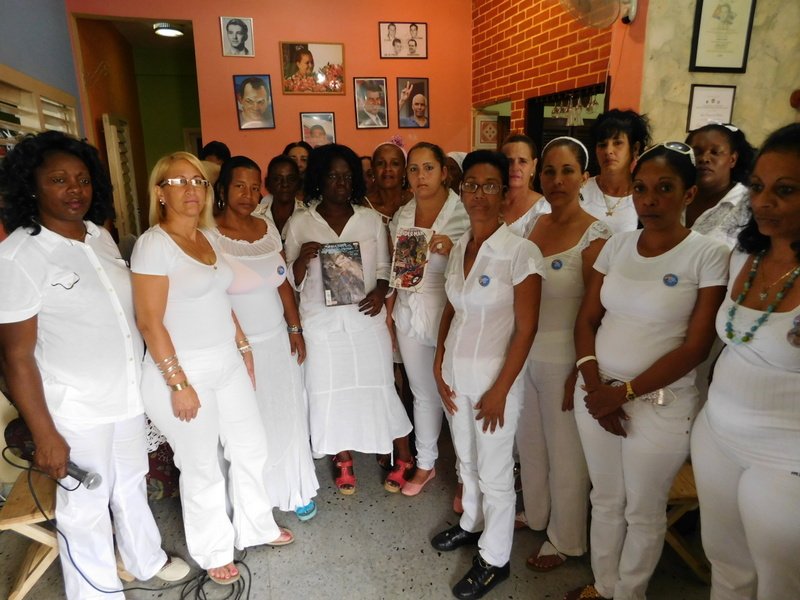 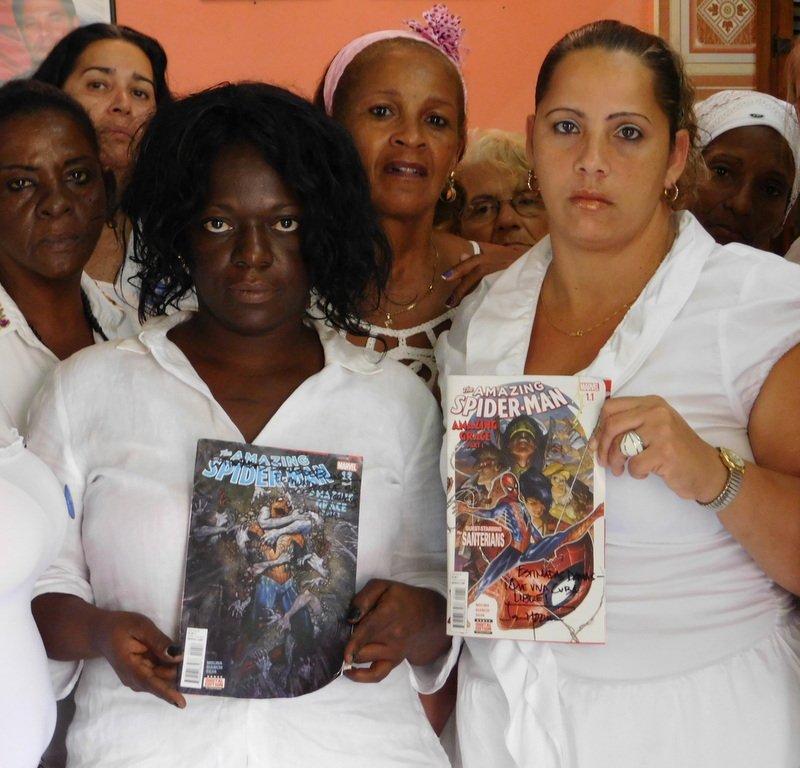 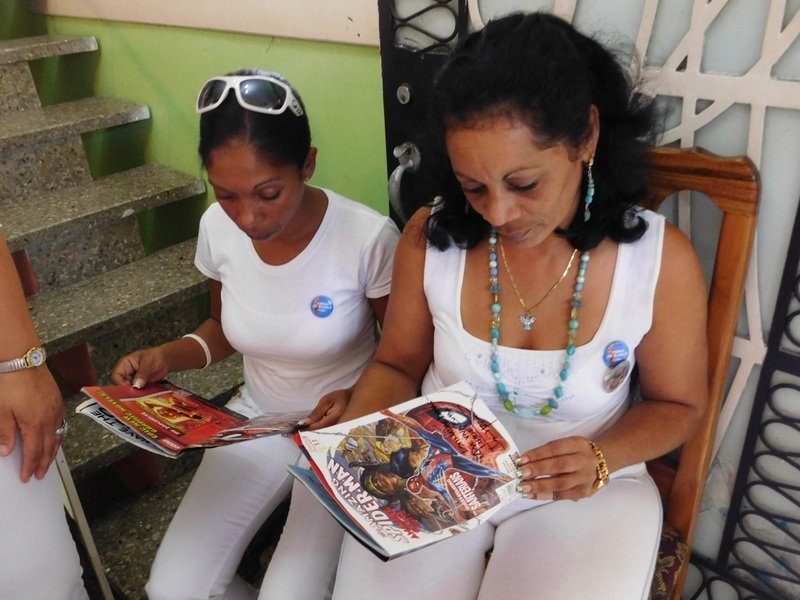 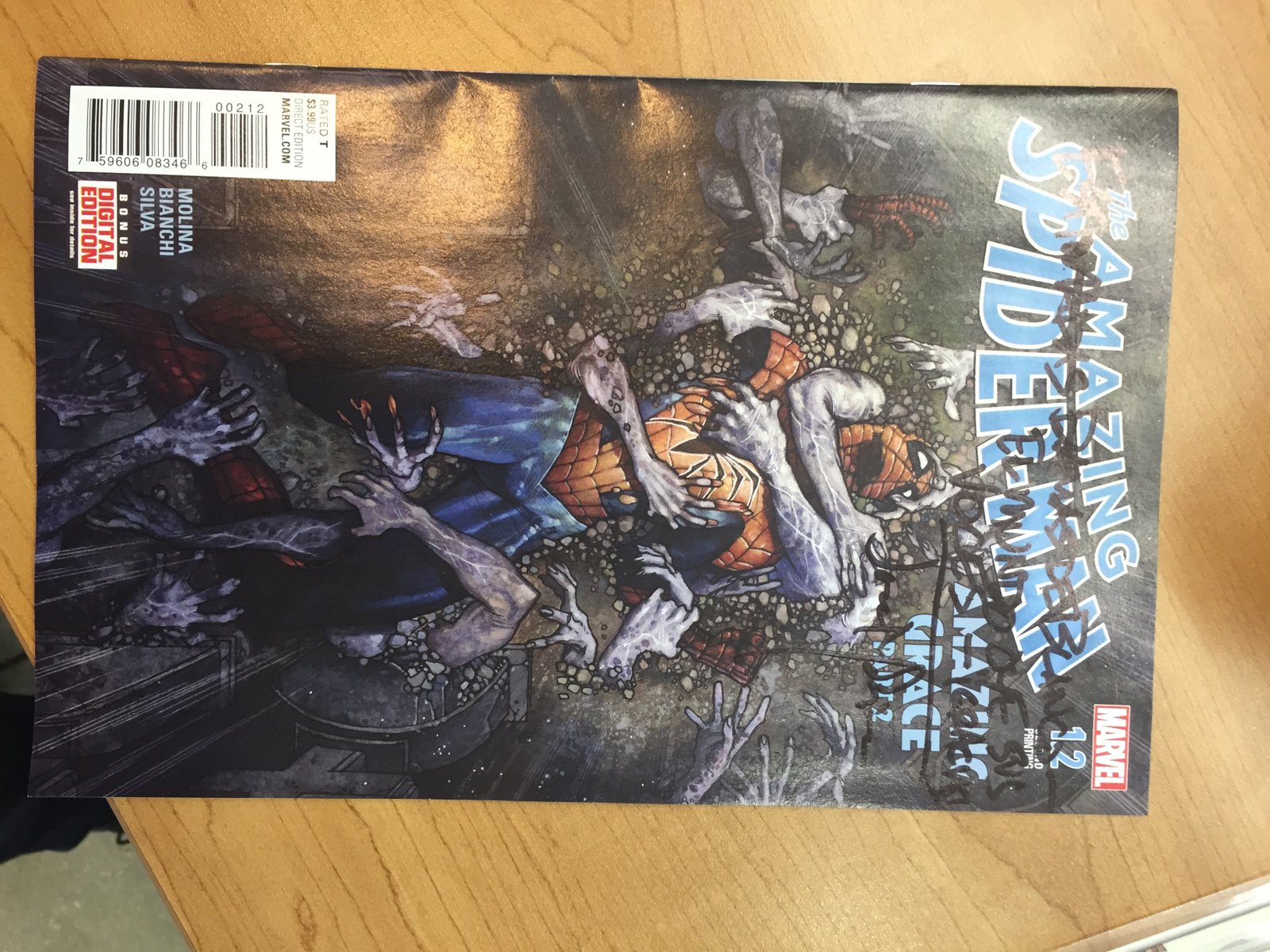