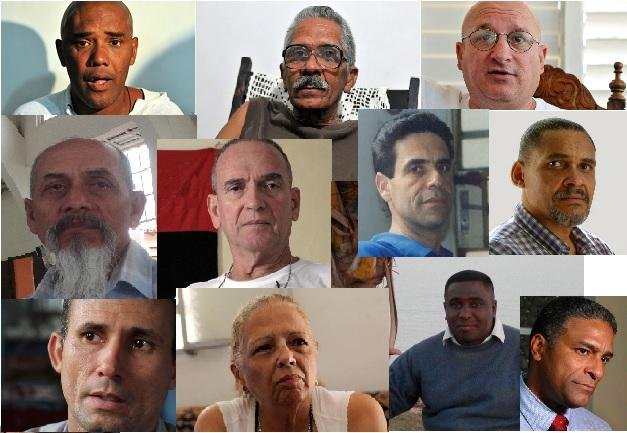 In a release issued by People in Need, “The Homo Homini Award for 2015 has been given to a group of eleven Cuban dissidents for their perseverance, fearlessness and moral fortitude in pushing for human rights in Cuba, while willingly sacrificing their own personal freedom. ‘The prize has been awarded to eleven former political prisoners who, despite the pressure from the regime to emigrate, remained on the island and have continued to fight for greater freedom for the Cuban people. For us, these people symbolize all Cuban dissidents, political prisoners and activists who are and have been campaigning for democratic reforms. In this regard, all of them deserve our support,’ said Simon Panek, the Executive Director of People in Need.

“It was clear to me that I have to stay in Cuba and continue to fight for democracy. I knew it would not be easy and there would be no going back, but I have never regretted my decision and I never will, “says Jorge Olivera, one of the awarded dissidents, who is a writer and journalist.

The prize was awarded earlier this week during the opening ceremony of the One World International Human Rights Documentary Film Festival, on March 7th, at the Prague Crossroads.