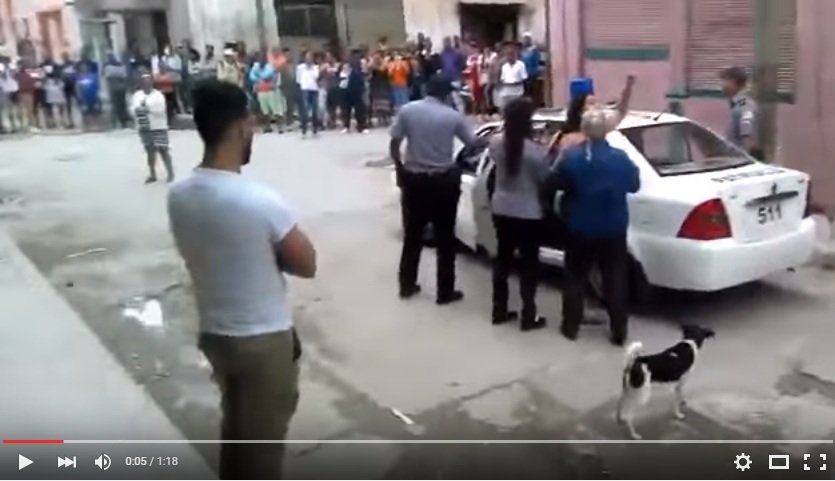 According to 14ymedio, “the arrest of a Cuban woman who demanded respect for human rights has gone viral on social networks. Allegedly filmed in the Cerro municipality, “the video…shows the moment when the person is led to a patrol car followed by the reaction of neighbors when a police attempts to silence the claims of the detained [woman], who also calls for ‘respect for the Ladies in White ‘and the end of the “Castro dictatorship.'”

In addition, “three uniformed members of the National Revolutionary Police (PNR) and a uniformed woman from the Interior Ministry escort the detainee to a parked police car. At the moment she is shouting ‘down with the dictatorship of the Castros!’, The two officers attempt to place her in the car by force, a practice that has become common in repressive acts.”

The Havana based independent media outlet adds that “at that moment you can see as popular anger explodes and several neighbors come out in defense of the detained…with cries of ‘abusers’, ‘no blows’ and ‘not like that…'”