Is Cuba Building the Next Great “Cyber Wall” with China? 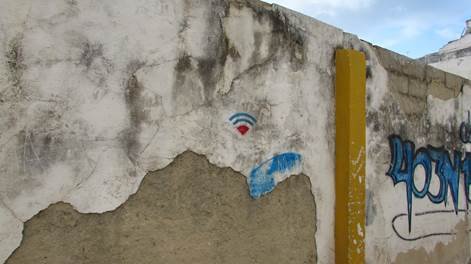 The announcement reads like a genuine step towards finally bringing the full Internet experience to Cuba. But is it really a step in the right direction?

Last week’s blog by FCC Chairman, Tom Wheeler, regarding bilateral talks between the Department of State, Department of Treasury, and the Cuban government that resulted in Cuba’s removal from the Commission’s Exclusion List, shows US efforts to increase connectivity between the two countries. The United States has basically opened up the telecommunications sector to the least connected country in the Western Hemisphere.

Just days after Chairman Wheeler published his upbeat post, ETECSA announced that “it would allow Cubans in Old Havana, the colonial center that is one of the island’s main tourist attractions, to order service through fiber optic connections operated with Chinese telecom operator Huawei” according to the AP. It goes on to quote Odalys Rodríguez del Toro, ETECSA director for Havana, who “told state media that the government would also begin allowing cafes, bars and restaurants to begin ordering broadband service.” The article mentions that ETECSA “offered no timeline for the pilot project or rollout of broader access and said prices would be announced in the future.” With all the offers and enthusiasm to “Connect Cuba” from the FCC to Google, why this particular China based company?

Huawei was founded by former People’s Liberation Army Officer Ren Zhengfei. It is one of the biggest Chinese multinational tech firms that supplies nations in Central and South-East Asia with internet and telecom hardware. These countries, including Kazakhstan, Vietnam, Belarus, Ethiopia and Zambia, are known to retain tight political and technological control even though they claim to increase online access. An Economist Special Report on internet in China, described as “a giant cage” states: “China has aligned itself with these countries and dozens of others, including Russia, in a global dispute with Western democracies over how the internet should be governed.”

Three of the countries doing business with Huawei are also listed in CPJ’s (Committee to Protect Journalists) 10 Most Censored Countries of 2015 annual report. In 2013, reports surfaced that Huawei was banned by Australian, UK, and US governments over security and espionage concerns brought to light by their respective national security agencies.

The Cuban government is strategic to partner up with a Chinese telecom operator that is evidently experienced in censorship, and as mentioned in the Economist, in building “one of the world’s largest, best-appointed cages.” What has been hyped in the media as a breakthrough “opening” for Cuba could just be that ETECSA finally found the right “cage builder.”