Ladies in White Respond to Orchestrated Harassment by Cuban Government 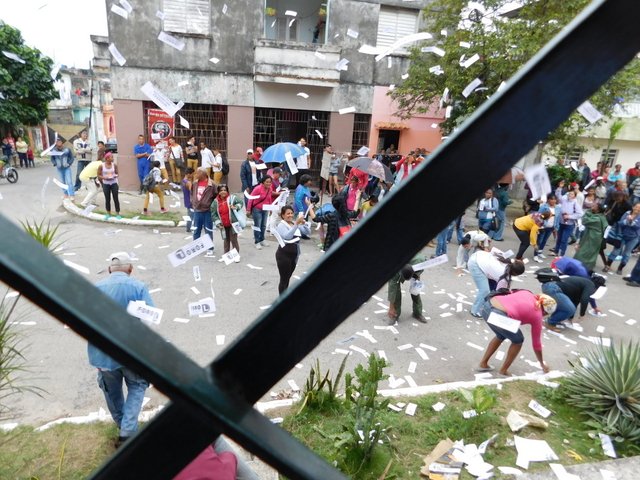 According to reports received by the Foundation for Human Rights in Cuba, and published in Diario de Cuba, late last week, the Cuban government mobilized their “rapid response brigade,” which according to former political prisoner Angel Moya, consisted of “civilian dressed military officials and “people pulled from work centers” by the ruling Communist party to stage an “act of repudiation” against the Ladies in White, the nonviolent human rights group, in front of their Havana headquarters. 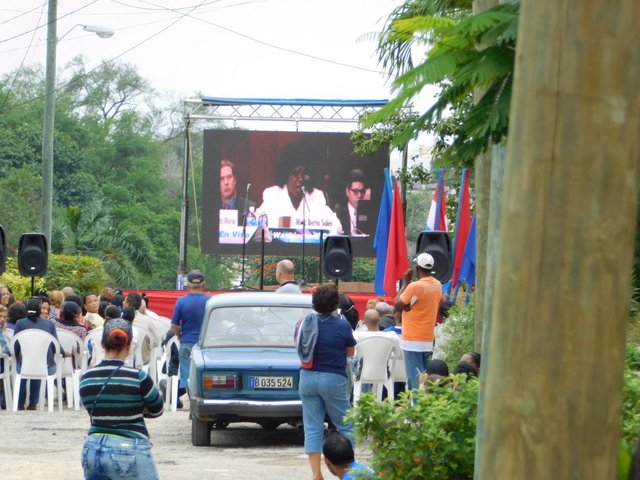 Earlier that morning, the regime had organized a political event within walking distance of the Ladies in White main headquarters, incorporating a giant television screen featuring members of the activist group, including leader Berta Soler, denouncing human rights abuses in Cuba to international media. Following the event, Moya stated that the all female human rights group “dropped leaflets and disks into the crowd with information about human rights.” Almost immediately, according to Moya, “agents of the State Security and Communist party members mobilized a rapid response brigade” with the intention of picking up all the leaflets and “make a bonfire” in the middle of the street.

As the hostile mob gathered and began burning the leaflets directly across from the Ladies in White headquarters, the women scurried to their roof and began releasing flyers attached to inflated balloons with written messages such as “milk for the children,” “better jobs,” “food for the people,” and “down with the Castros.” 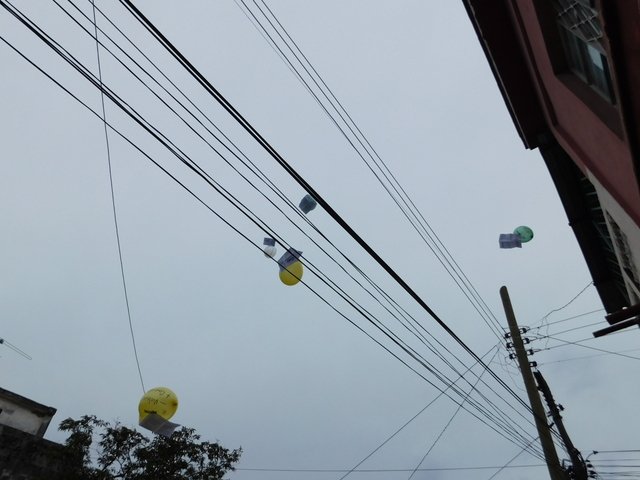 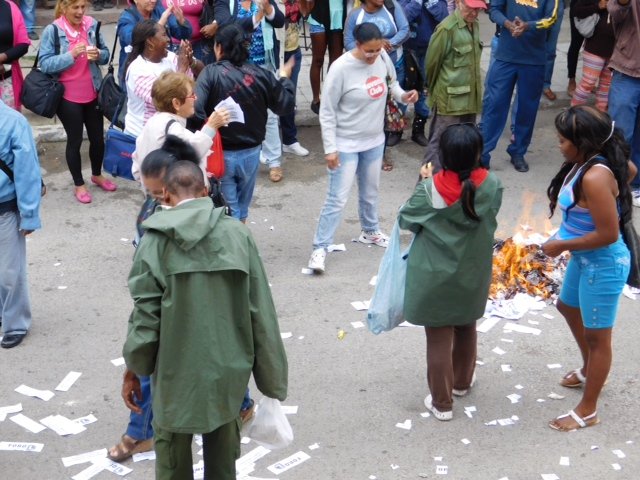 While some leaflets did reach the general public, State Security Reacted by rounding up the paper messages and adding them to the bonfire, while the neighborhood stood by and watched. 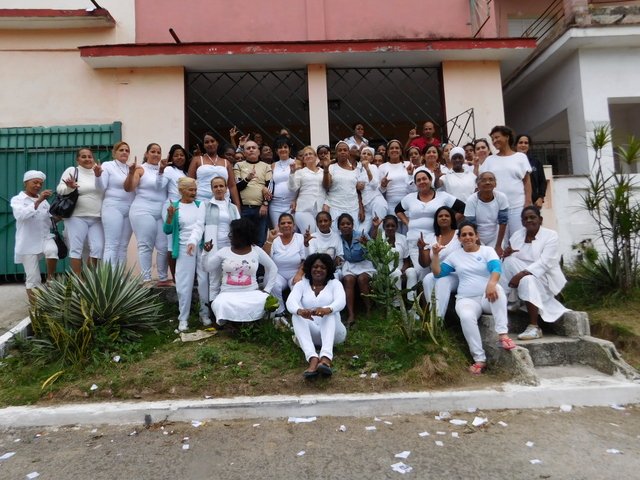