One year after the announcement of the reestablishment of relations between the United States and Cuba, the Cuban American National Foundation (CANF) and the Foundation for Human Rights in Cuba (FHRC) wish to emphasize, beyond any evaluative analysis, certain data that reflect in a measurable and quantifiable manner the results of the “thaw” label created by certain media to describe this process. These facts and figures are related to the following topics:

Concerning repression, over the last year, we have compiled information from the monthly reports issued by the Cuban Commission for Human Rights and National Reconciliation (CCDHRN) for a total of 7,739 arbitrary arrests from January 2015 until the end of November 2015. 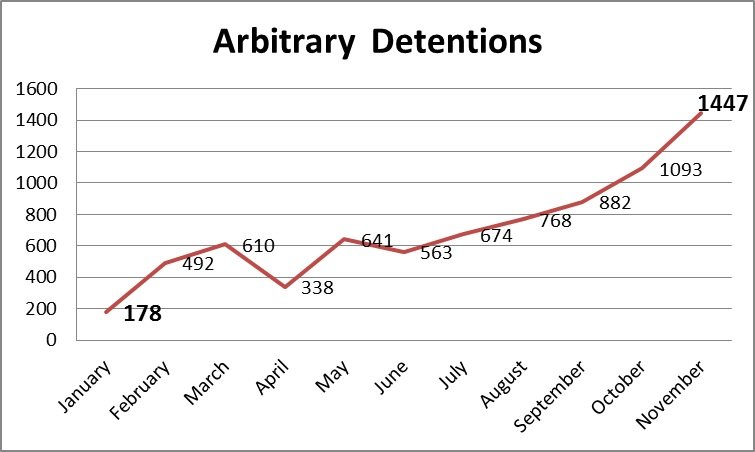 In terms of migration, on November 4, the end of fiscal year 2015, the Bureau of U.S. Customs and Border Protection (CBP) announced that 43,159 Cubans had arrived in the United States, a figure that exceeds by 77% the amount of Cubans who arrived in the United States from Guantanamo during the Exodus of 1994. The CBP’s report also reveals that the vast majority of these Cubans (30,966) entered through the southern border with Mexico. Meanwhile, through the airport and port of Miami, 12, 193 arrived , to which  can be added the more than 4,000 Cubans intercepted by the Coast Guard. Finally, during this year of “thawing” there were numerous visits by dignitaries to Cuba, 49 of them from the US, 8 from Latin America, 11 from the European Union and 11 from Asia, Africa and the Middle East. In addition, General Raul Castro realized at least 8 state visits to other countries. These numbers only reflect the visits of Heads of State or Government and Foreign Ministers. In the case of the United States, visits by elected officials such as governors, mayors, congressmen, senators, and senior officials of the government were compiled. None of the Heads of State and Government, as well as Foreign Ministers, except the United States Secretary of State, John Kerry, met with representatives of the pro-democracy forces inside Cuba. That said, the recent statements by the U.S. President confirming that the realization of a future official visit to Cuba depends on the President being able “to talk with everyone,” even those who “want to broaden the spectrum … of freedom of expression within Cuba,” represents a type of approach that might be a better north star to navigate towards a better future for Cuba.

In summary, the facts and figures shown in this report reveal that so far, the Cuban people do not perceive real benefits of this new framework for relations, and continues to seek the improvement of their lives in foreign lands, preferably in the United States. Moreover, the international community continues navigating the turbulent waters of a détente that has not registered concrete changes with respect to Cuba’s internal situation regarding human rights and fundamental freedoms of the Cuban people.

For this so-called “thaw” to draw a roadmap capable of generating real change towards a better quality of life for Cubans, it is necessary to change the perspective of all stakeholders in the process, both inside and outside Cuba, towards a horizon of freedom and democracy for the Cuban people on their own soil. 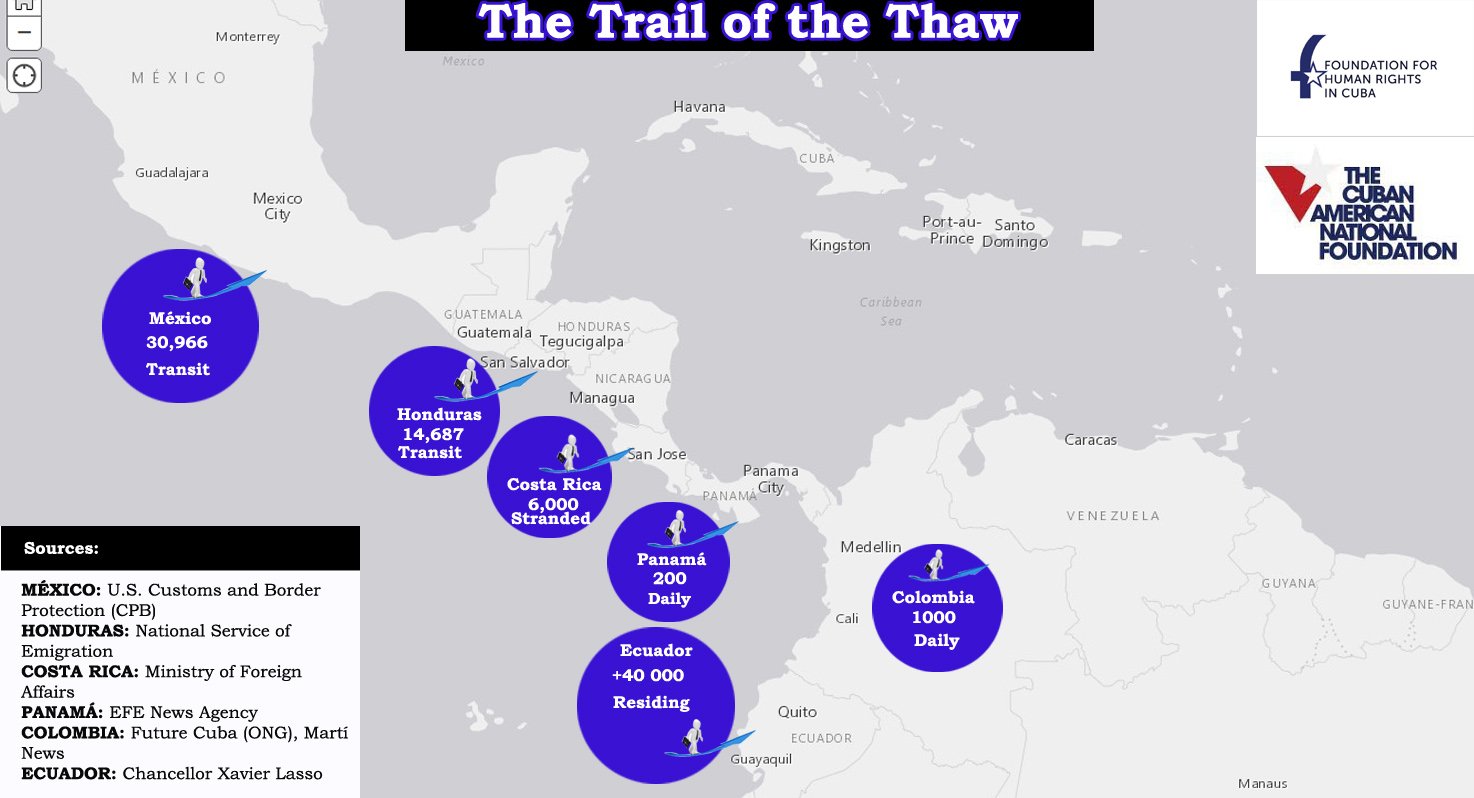