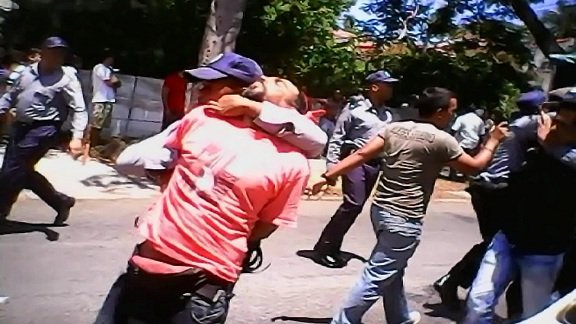 Following is an excerpt as originally published by Amnesty International:

Cuban human rights activists are at increased risk of detention or harassment from the authorities amid demonstrations on International Human Rights Day, 10 December, said Amnesty International following a wave of almost 1,500 arbitrary arrests in just over a month.

Yesterday, police in the capital Havana arbitrarily restricted the movement of members of the prominent Ladies in White (Damas de Blanco) group of activists as they prepared for today’s demonstrations. This came after at least 1,477 politically motivated detentions in November 2015, the highest monthly total in many years, according to the Cuban Commission for Human Rights and National Reconciliation (CCDHRN).

“For weeks on end, the Cuban authorities have used a spike in arrests and harassment to prevent human rights activists and dissidents from protesting peacefully. This is a systematic problem that silences Cuban activists in their own streets. For years, harassment on Human Rights Day has been the rule rather than the exception, and is absolutely unacceptable,” said Erika Guevara-Rosas, Americas Director at Amnesty International.

The pro-democracy group Patriotic Union of Cuba (Unión Patriótica de Cuba, UNPACU) has also reported mass detentions of its members across the country in recent months.