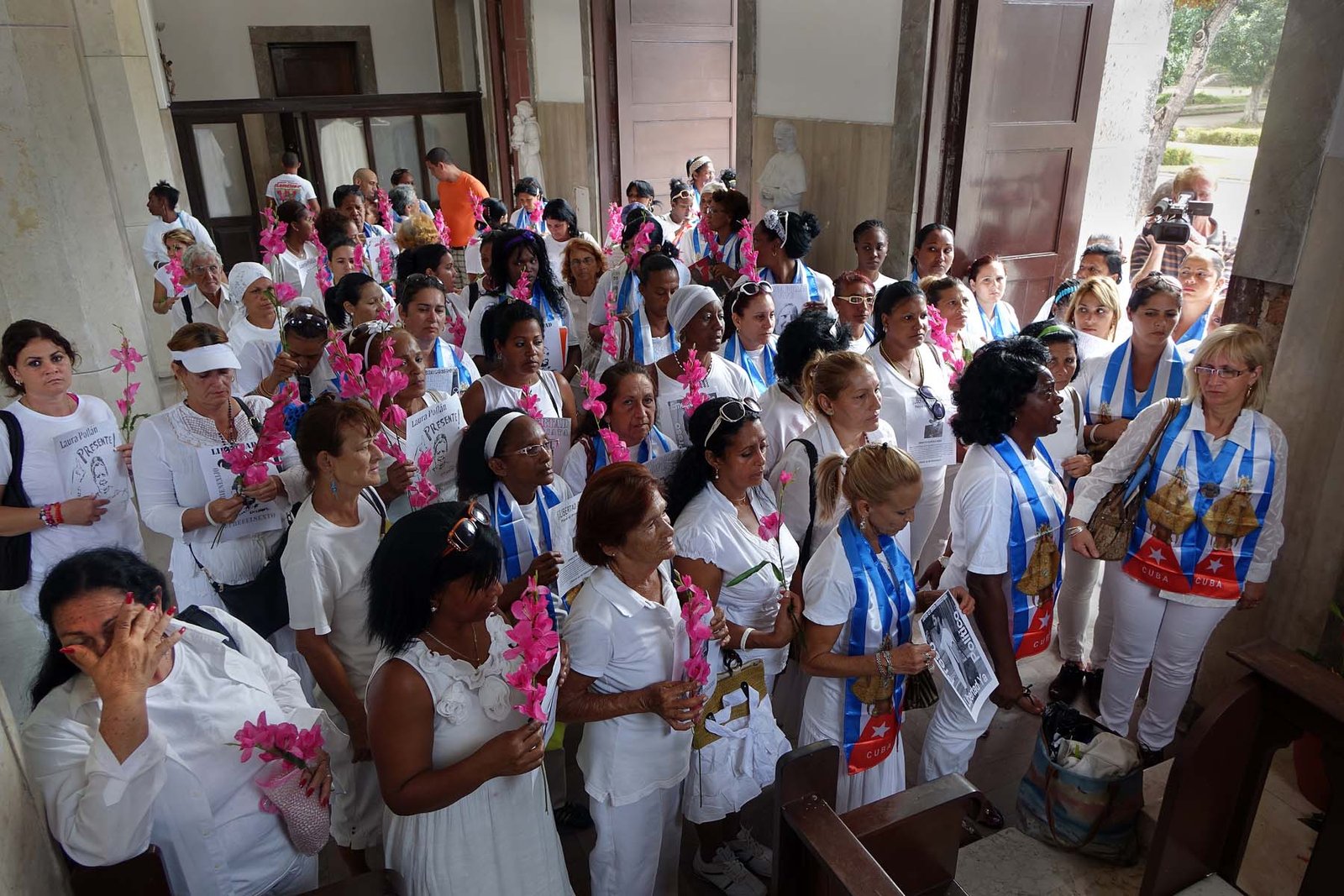 As published in CubaNet, “On Sunday special [Cuban] troops from the Ministry of the Interior and official groups dressed as civilians repressed and arrested the Ladies in White and their companions as they marched through 3rd Avenue between 26 Street and 28 in the municipality of Miramar, Playa. The pacifists had participated in Mass at the Church of Santa Rita de Casia and performed their usual march down 5th Avenue.”

The report goes on to mention that “about 80 activists led by Berta Soler Fernandez, leader of the Ladies in White movement marched carrying the Cuban flag, pictures of political prisoners in jails of the Cuban regime and posters with slogans calling for freedom, justice and respect for human rights.”

Berta Soler explained at the weekly gathering that they will “continue denouncing the violence by the police, that they have submitted documents signed by activists to the Attorney General’s office and will continue taking action to demand the release of Hugo Damián Prieto Blanco, leader of the Orlando Zapata Tamayo Civic Resistance Movement in Lisa.”

In a telephone conversation with Soler, she pointed out to CubaNet that “police aggression does not stop, they do everything to intimidate us, but we are strong and combative, nothing can stop the #TodosMarchamos campaign, our struggle is extremely peaceful, yet the arrogance of this totalitarian government is abominable, however we are strong and are willing to die if necessary for our rights.”

Moreover, Jose Daniel Ferrer, leader of the Patriotic Union of Cuba (UNPACU), reported this weekend that the pro-democracy group has “mobilized more than 167 people across the country. He added that “police violence is growing police and they have arrested many of our best men and women.”