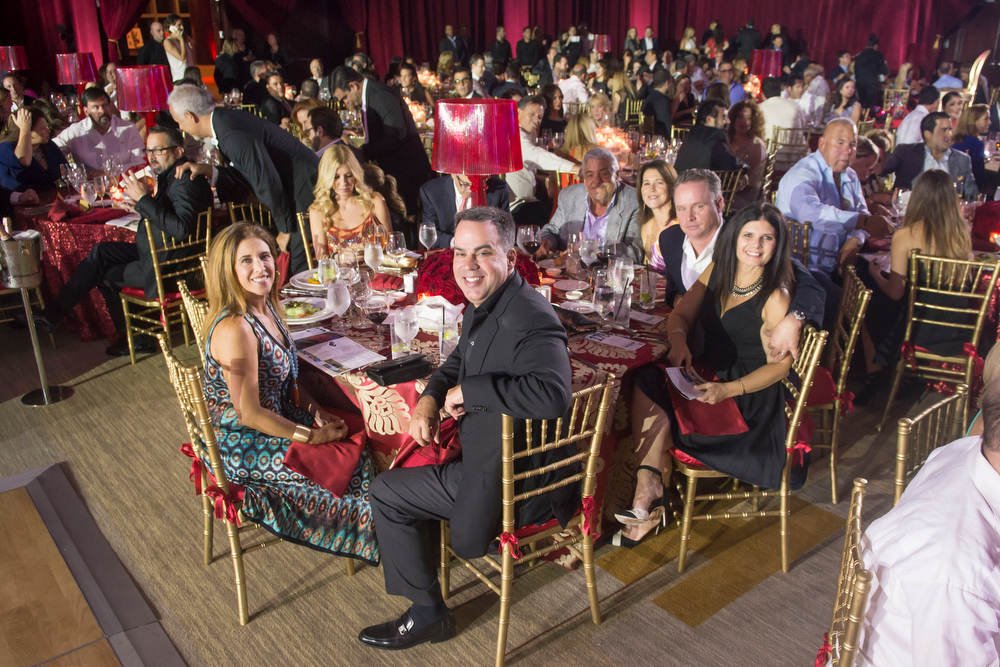 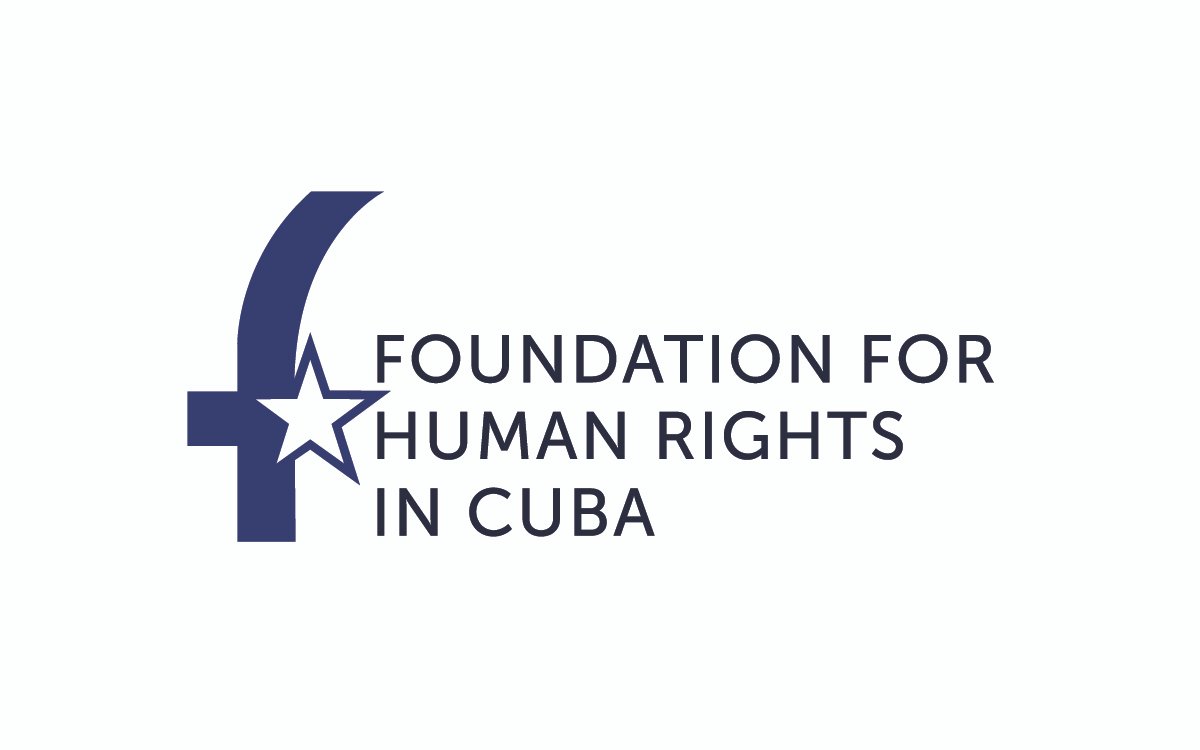 On Saturday, October 24th, 2015 the Foundation for Human Rights in Cuba, celebrated its 9th annual gala and fundraising auction to empower Cuban civil society. The event, Noche Tropical presents Tropicana 2020, was inspired by the idea of what the famous Havana Tropicana club would look and feel like in a future free Cuba. The ambiance was magical and the feelings of solidarity, passion, and good will palpable throughout the evening.

Beyond the futuristic, tropical flair of Tropicana 2020, the philanthropic guests and sponsors, elected officials, amazing production by WoW Factor, top notch emcee Alberto Sardiñas, an exciting auction by Neil Saffer and company, the raffling of a 2015 Corolla donated by Lauren & Bert Gonzalez (Ambar Motors), headline performances by Willy Chirino, followed by a late night after party featuring censured Cuban artists, was the story of one community, un solo pueblo, coming together in solidarity for the Cuban cause. 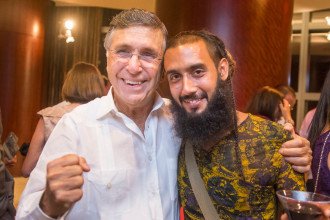 This was the real magic of Noche Tropical. The story of how two communities divided over time, oppression, and tragedy, stood up to reunite what the Cuban regime has divided. It was a community empowering young people like Abraham Borcurt in Havana who wants to study informatics and communicate his story to the world, but does not have the means, with a brand new computer and smart phone. Allowing censored artists who can no longer perform in their native land of Cuba, like Escuadron Patriota and David D Omni to express themselves freely on the same stage as Grammy winning music legend Willy Chirino, who has also spent a lifetime in exile advocating for a free and democratic Cuba. 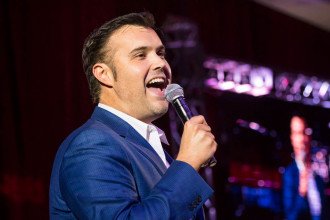 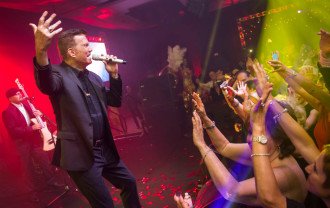 This was the story of free speech, of Cuba’s generous exile community providing the tools and equipment necessary for the Cuban people to communicate freely with each other and the rest of the world via the Connect Cuba campaign. This was about rising Broadway star and Connect Cuba spokesperson Ana Villafañe, who could not be at the event due to her On Your Feet! The Story of Emilio and Gloria Estefan commitments in New York, but provided the chance for two lucky winners to see the show in person and meet the protagonist backstage. This was also the story of Pitbull, a world famous Cuban American music Icon, who literally gave his pants to support the Cuban cause. 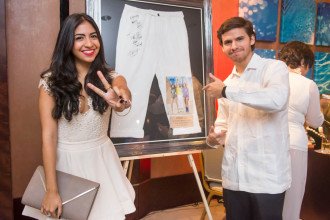 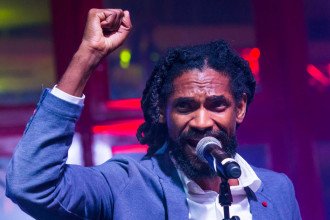 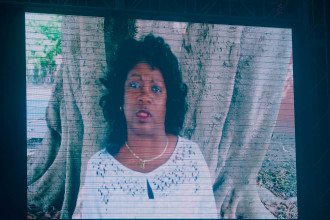 This was definitely the story of the Cuban people, especially the brave men and women who make up Cuba’s human rights defenders, including Berta Soler of the Ladies in White, who although she could not be at the event due to her weekly marching commitments for Cuba’s political prisoners and human rights, sent an inspiring video message to share with her brothers and sisters in exile. The guests responded by supporting the Ladies in White’s important social initiative,Extendiendo Nuestras Manos (Extending our Hands), and the yearly Holiday event for Three Kings Day, by helping the Foundation provide the resources necessary for this vital social service and community work. 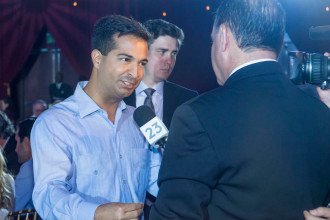 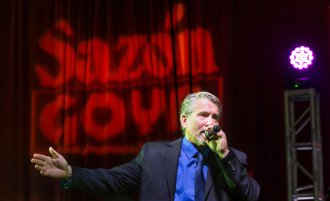 This was also the story of the story tellers. The members of the media, specifically Serafin Moran of CubaNet, a Havana based independent journalist who first brought the world the video documentation of young Abraham Borcurt, a Cuban teenager who has been suffering with a single mom and mentally challenged brother in a tiny apartment with no bathroom, and who along with Serafin’s colleague in Miami, Mario Vallejo of Univision, was the spark plug for an important campaign.

Saturday night was really the culmination of a year’s worth of work, with everyone from Foundation staff, our board of directors, amazing host committee, WoW Factor, sponsors, donors, volunteers, vendors, and on-island partners, all putting in their little grain of sand to defend and advance human rights in Cuba, so that one day very soon, the vision of a “Tropicana set in a future free Cuba”, will become today’s reality. 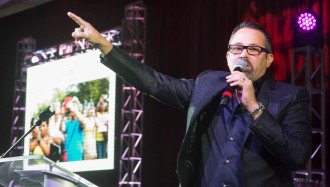 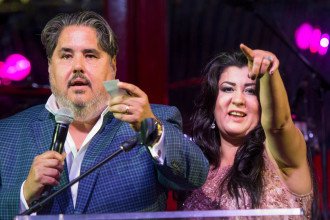 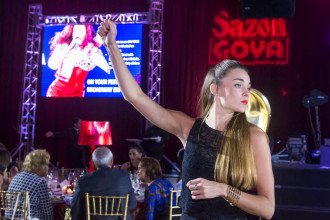 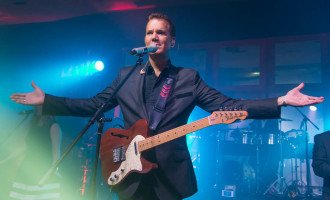