Mother of El Sexto: “They Promised to Free My Son in 15 Days…He Ended His Hunger Strike” 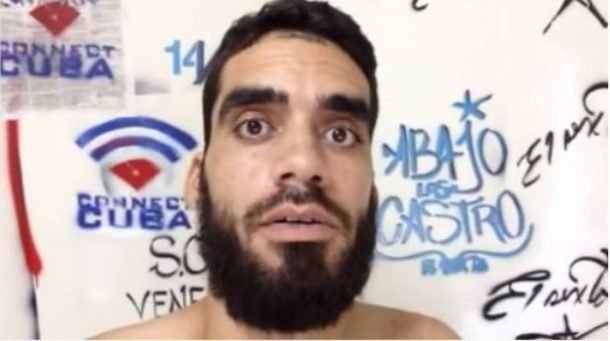 October 1st. 2015: Maria Victoria Machado, mother of Danilo Maldonado Machado, informed the Foundation for Human Rights in Cuba (FHRC) today that Danilo has ended his hunger strike and “was informed by the officer of Cuban State Security in charge of Danilo’s case that he will be released within fifteen days. They are not liberating him before in order to restore his health after his hunger strike.” She also stated that she was “allowed visit to Danilo, who had chapped lips and tongue, his face distraught and thinner, but in very good spirits, chatting happily about art with the military personnel surrounding him and said he felt good and was hungry.” He asked his mother if she could “visit him tomorrow, and take him some fish, he was eager to eat fish. “

According to Maria Victoria, the man who informed her about the release of her son was a “lieutenant colonel dressed in civilian clothes.”

The Foundation for Human Rights in Cuba is holding the Cuban government responsible to fulfill its promise of releasing Danilo Maldonado Machado “El Sexto” within the next 15 days. Danilo is a political prisoner who should not stand any further suffering, unjust imprisonment and psychological torture at the hands of the Cuban government solely for political reasons.

Below is an audio statement (Spanish) by Maria Victora Machado recorded by the FHRC this afternoon: