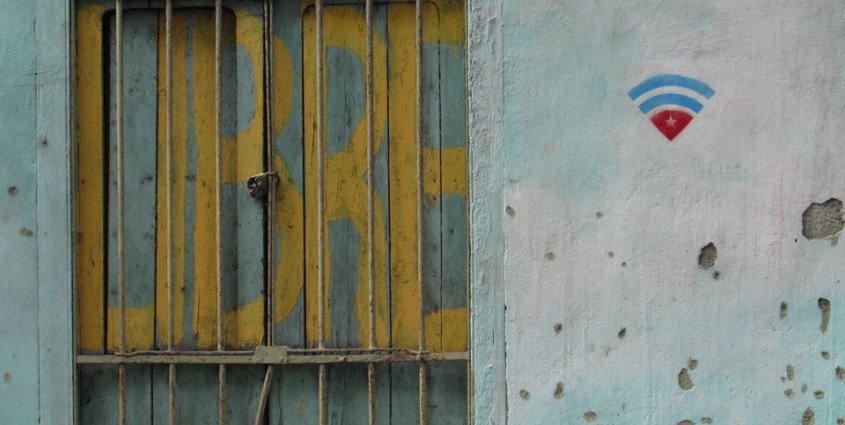 Freedom House’s 5th annual Freedom On The Net report was released this week, and although sighting “notable advances” with respect to the opening of some public access points, including 35 public wi-fi hotspots in urban areas, “Cuba continues to have some of the most restrictive internet access in the world.”

The report ranked Cuba in the bottom five of 65 evaluated countries, with only Ethiopia, Syria, Iran, and China performing slightly worse. Cuba still ranks lowest in the entire Western Hemisphere. According to Freedom House, “Cuba has long ranked as one of the world’s most repressive environments for information and communication technologies (ICTs). High prices, exceptionally slow connectivity, and extensive government regulation have resulted in a pronounced lack of access to applications and services other than email. Most users can access only a government-controlled intranet rather than the global internet, with hourly connection costs amounting to 10 percent of the minimum monthly wage.”

Since the opening of new diplomatic relations with Cuba announced by the Obama administration in December of 2014, the Freedom on the Net report points out that “the new policies opened the way for U.S. telecommunications companies to start offering services to the island.” It goes on to mention that the “normalization of relations between the two countries and the opening of ICT trade has eliminated the Cuban government’s ability to blame low levels of internet access on the blockade and has inspired optimism in many observers, who see this radical change in relations as an opening for information technologies in Cuba.” This remains to be seen, as has been noted in news reports from earlier this year, major U.S tech companies such as Google have apparently offered to help finally “connect Cuba” with concrete proposals, but as of today have not been well received by the Regime in Havana.

To read the full Freedom on the Net report on Cuba, please click here.