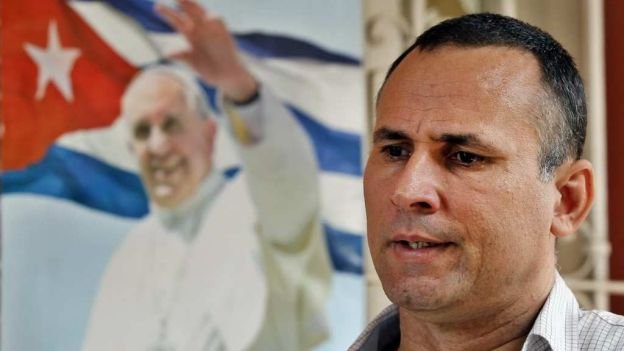 The following is a compilation of recent reports by Jose Daniel Ferrer, ex 75 political prisoner, and executive secretary of the Patriotic Union of Cuba (UNPACU):

From Sunday September 20th to date the dictatorship of the Castro brothers in Cuba has intensified repression against UNPACU. The courageous action of two members of our organization and a Lady in White that caught the attention of the Pope, the foreign press and the world on human rights violations in our country so annoyed the tyranny that they have responded with more arbitrary detentions, beatings, assaults and theft of work mediums of UNPACU in Eastern, Central and Western provinces.

They just detained in Lopez Peña four members of UNPACU trying to travel to Pinar del Rio. Armando Peraza, coordinator of our organization in this region of western Cuba gave me the information seconds before they confiscated his phone.

Zaqueo Báez completed eighteen days detained in the police cells of Aldabó & 100, with Maria Josefa Acón and Ismael Bonet. Zaqueo and Ismael are still on hunger strike. Báez, Bonet and Acón face charges for alleged public disorder, disrespect and resistance for approaching Pope Francis with the intention of drawing attention to the flagrant violations of human rights in our country.

Four days detained in the Capital, at the so-called VIVAC, are UNPACU members Jorge Cervantes, Lázaro Curbelo and Juan Carlos Vázquez. As they explained to us in phone calls, they will remain at this detention center until Friday when they will be transported to an Eastern province.

Activist Samuel Leblan was released after more than 24 hours under arrest and severely beaten.

In addition there have been tales of trials to keep activists under threat and arrests.

Regarding Cervantes, Carlos Curbelo and a third, who marched with Ladies in White on Sunday, they have them detained in the VIVAC and it is believed that they will deported to the Eastern provinces this weekend.

Reported by JDF, who has returned to Santiago.