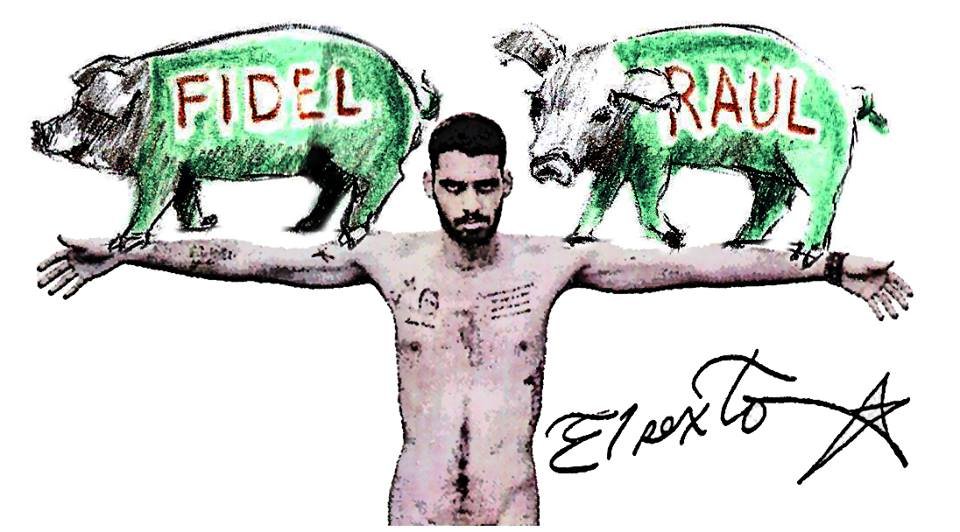 According to a recent post in VICE News, “in Havana’s Central Park, visitors have the opportunity to enjoy an idyllic Cuban scene: dashing men in white shirts and straw hats, elderly women in flowery skirts making cigars, children chasing soccer balls through the well-tended grass, and classic American cars with gaudy paint jobs making their rounds.”

Despite all the usual tourist trappings, the article goes on to describe an event that took place late last year, “on Christmas Day 2014, cars were not the only gaudily-painted things looking to run around Central Park.”

“Danilo Maldonado Machado, a Cuban graffiti artist and dissident, had brought two live pigs to the park, and painted them green. The green paint imitated military fatigues, and he wrote the names ‘Fidel’ and ‘Raúl’ on their sides, after the names of the Castro brothers, the successive leaders of Cuba’s socialist government since 1959.”

The artistic performance was never carried out because, as VICE recounts, “the Cuban political police, a specific branch of Cuba’s law enforcement that deals with dissidents, arrested Maldonado as he and his swine accomplices marched toward Central Park. Since then, he has been detained without trial in the Valle Grande prison near Havana, and Cuba’s dissident community is indignant.”

“Maldonado was initially held incommunicado, but he has recently been allowed occasional visitations and phone calls, according to sources in close contact with the activist.” 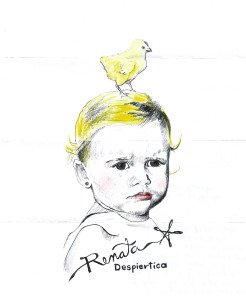 VICE News reached out to Henry Constantin, a Cuban human rights activist and independent journalist, who said that Maldonado “didn’t even get the chance to realize his performance, but he’s in jail for it. It shows the extreme limits we still have on our speech…”

Other fellow activists are currently promoting the #FreeElSexto campaign and petition via Change.org, calling for Maldonado’s immediate and unconditional release.

The Foundation for Human Rights in Cuba has classified Maldonado as a political prisoner and also calls for the artist’s immediate and unconditional release, along with all other political prisoners still being held in Cuba.

(Image Insert: Portrait of Danilo’s young daughter Renata as depicted by her father from Valle Grande)