Social and Political “Cleansing” in Anticipation of Pope’s Cuba Visit 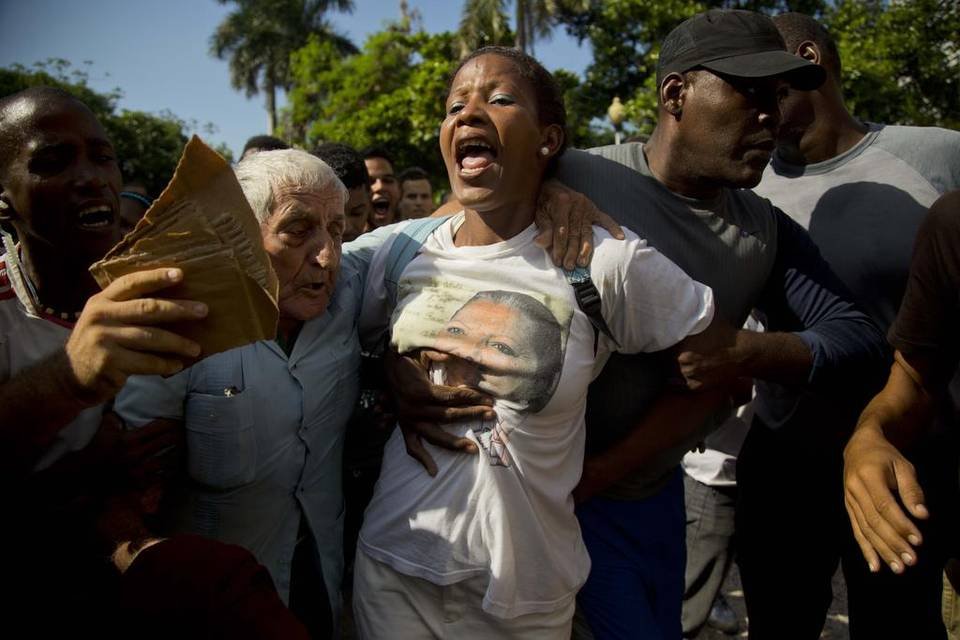 Miami, FL – Over the course of the last 48 hours The Foundation for Human Rights in Cuba (FHRC) and the Cuban American National Foundation (CANF) have been receiving disturbing reports from Cuba regarding the temporary arrests, harassment and intimidation on the part of Cuba’s state security apparatus towards human rights activists. This is in order to prevent them from participating in the public ceremonies in Cuba this weekend, during His Holiness Pope Francis first official papal visit.

In addition, The Cuban Commission for Human Rights and National Reconciliation (CCDHRN) has just informed FHRC and CANF that there is a “social cleansing” operation taking place which, according to the CCDHRN, “has developed in recent days by the government of Cuba, in three major cities” specifically Havana, Holguín and Santiago de Cuba, and in their estimates include the “internment of thousands of homeless, vagrants, mendicants, destitute, mentally ill, and in large part elderly homeless individuals.”

The CCDHRN goes on to report that the purpose of this “cleansing operation” is to put these elderly and destitute individuals “out of the sight of pilgrims, foreign journalists, and other visitors who will be in Cuba these days due to the presence of His Holiness Pope Francis.” As alarming is the CCDHRN’s report that the whereabouts of these interned individuals is unknown.

As far as Cuba’s human rights and pro-democracy activists are concerned, FHRC & CANF have received various reports that at least 17 members of the Ladies in White have been temporarily detained and subsequently released this week, according to group leader Berta Soler, and that at least two members of The Ladies in White, Leticia Ramos Herreria from Matanzas and Marta Belkis Rodriguez Gonzalez are still being held in detention. In Havana, José Díaz Silva from the Opposition Movement for a New Republic is reporting that two activists from the pro-democracy group are being detained with their whereabouts unknown. Activists have stated that all of these detentions are a direct result of the Cuban government’s attempt to prevent these groups and individuals from participating in the Pope’s imminent visit to Cuba.

CANF and FHRC join the CCDHRN and other human rights groups in Cuba in condemning these horrible acts by the Cuban government. We express our deepest indignation and concern that Cuba’s poorest and marginalized members of civil society are being forcibly removed from public view in anticipation of the Pope’s visit. This is a pope who has made it known that the poor and most vulnerable are among his favorites and should be specially protected by society and the state.