Inverse asks “How connected does Cuba’s government really want its people to be?” 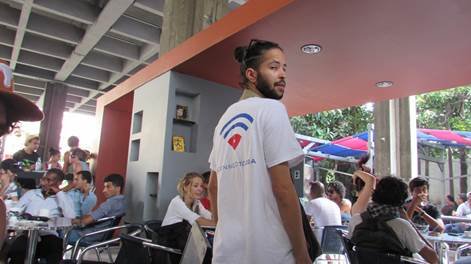 As published in the recent Inverse article, the Cuban government is being presented with “a moment of truth.” Now the question being asked long after President Obama has loosened restrictions on U.S. telecom and internet providers to help finally “Connect Cuba” and bring the island nation into the modern world, is how will it’s censor happy regime respond? Below is an excerpt from the article:

“What we have heard is companies like Google have been going out there and trying to establish relationships on three or four visits already,” Jose Luis Martinez of Connect Cuba, tells Inverse. Connect Cuba is an initiative by the Foundation for Human Rights in Cuba to promote open and uncensored internet access.

“Unfortunately, what I think we’re finding is that proposals are not being met with the open arms of the Cuban government,” Martinez says.

Obama loosened restrictions in 2009 on telecom providers bringing business to Cuba, but not much changed, potentially because no one understood what the rules were. Cuba’s first 64kbit/s connection was hooked up in 1996, and in the decades since — as connection speeds taken for granted just 90 miles away transformed the world — on the island, access remains repressed.