Does Google Ideas have its sights set on connecting Cuba? 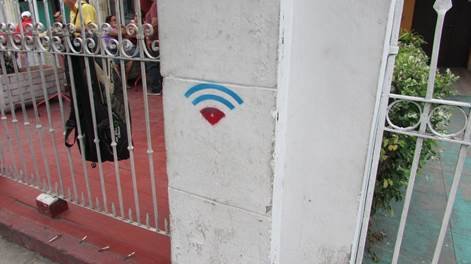 As published in Yoani Sánchez recent post for 14ymedio, and other sources, Brett Perlmutter, an executive at Google Ideas is visiting Cuba this week. It is at least the third time team members from Google Ideas have visited the island during the past 12 months.

As mentioned in Yoani’s post, “their presence has been explained to the media as an exploration to ‘bring better Internet access to the island.’ According to a State Department official who requested anonymity, “Google has made a proposal to the Cuban government to help in the connectivity of the population.” He also notes that “we do not know what they have proposed, but they have proposed something.'”

Yoani continues by mentioning that “beyond what Google may achieve, between the suspicion and deferrals that Cuban officials give, their presence on the island has reinforced a sense of urgency. It transmits to the Cuban Government the impression that the doors which have closed the sea of ​​kilobytes are not only not working, but threaten to be swept from the outside and from within. Helium balloons, mini satellites, wireless antennas made with a can of Pringles, clandestine wireless networks to share content and irreverent audiovisual package are jeopardizing a structure designed to censor, yet inefficient in managing an opening.”

Yoani’s poetic conclusion. “There is a smell of rain these days. A smack of certain humidity that is blowing the bird of the Internet to us.”