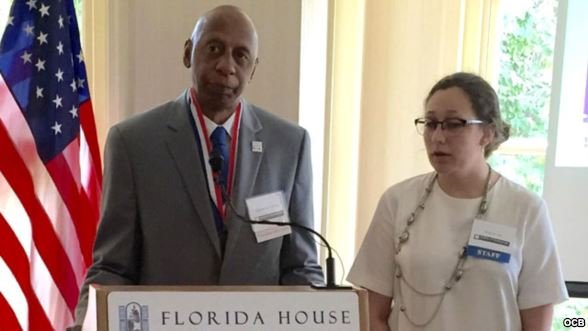 “It is our honor and privilege to present this award to Guillermo Fariñas Hernández and Alexandr Podrabinek,” said Marion Smith, Executive Director of the Victims of Communism Memorial Foundation. “These two men come from different places, but share a tireless devotion to ensuring that future generations will live in a world free from the horrors of communism. With this award, we honor their courage and their continued commitment to the fight for basic human rights.”

The Truman-Reagan Medal of Freedom is awarded each year by the Victims of Communism Memorial Foundation to those individuals and institutions that have demonstrated a lifelong commitment to freedom and democracy and opposition to communism and all other forms of tyranny.