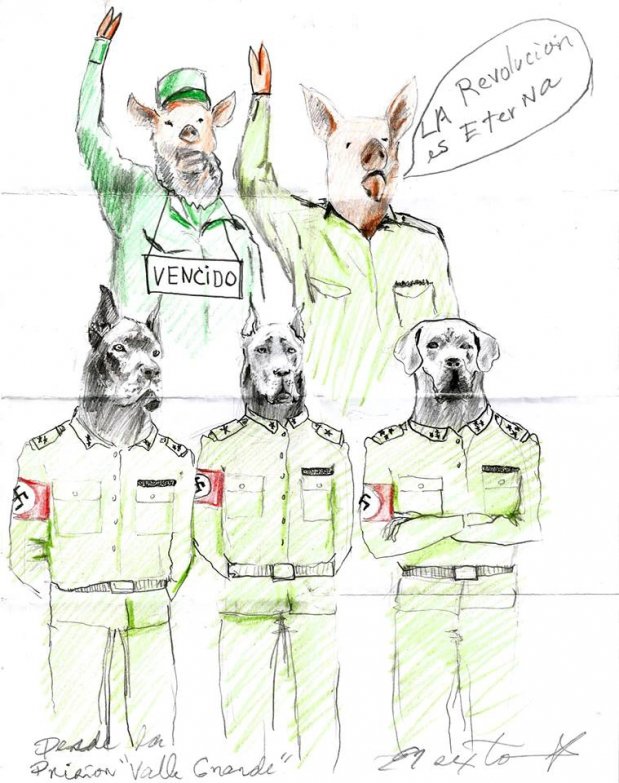 Danilo Maldonado Machado aka “El Sexto,” has been incarcerated in Havana’s Valle Grande Prison since last December, without trial, for attempting an artistic performance involving two live pigs with the names “Raul” and “Fidel” printed on the side, which were to be released in Havana’s Central Park. Below are some sketches this Cuban “artivist” and political prisoner has created while serving unjust time. The Foundation for Human Rights in Cuba (FHRC), continues to call for Danilo’s immediate and unconditional release. Please help by signing and sharing the petition to #FreeElSexto by clicking here. 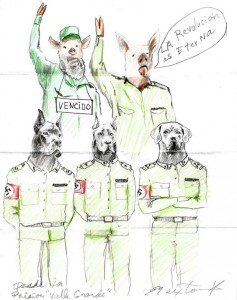 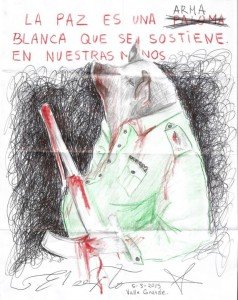 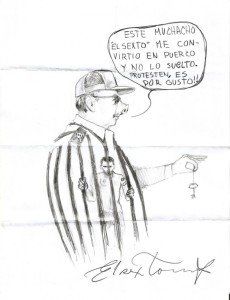 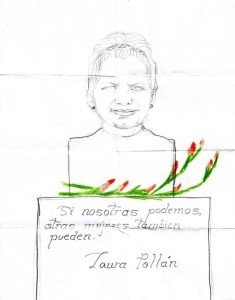 Pic 1: “Defeated” “The Revolution is eternal.”

Pic 2: “Peace is a white weapon (dove is crossed out) which is held in our hands.”