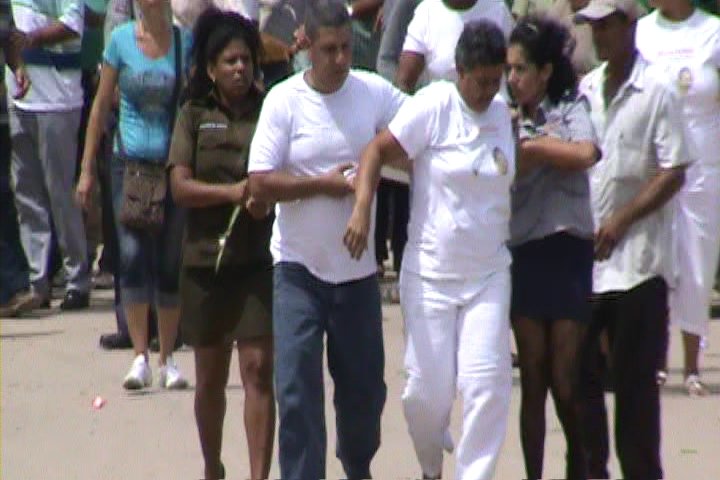 According to the PanAm Post and the latest CCDHRN reports, “Cuban security forces made 338 politically motivated arrests during April alone. While the figure is lower than that registered in March, April saw other forms of political repression increase, especially against dissident group Ladies in White.”

In addition, the commission reported that in “April we’ve identified 101 innocent victims of other forms of political repression in Cuba, such as physical aggression, threats, acts of vandalism, and ‘shows of rejection‘ to intimidate peaceful dissidents and terrorize the population still further.”

As explained by the Post, a “show of rejection or acto de repudio typically consists of members of government security forces masquerading as citizens and demonstrating against an opposition protest.”

They also reported that “most recently, State Security forces detained 51 Ladies in White and 38 activists from other human-rights groups for over six hours in Havana on Sunday, May 3.”

Berta Soler, leader of the Ladies in White movement, shared with the PanAm Post that “the group has spent five consecutive Sundays since April 5 holding a protest ‘mass.’ They share images of political prisoners and spread messages in defense of human rights and against the Cuban authorities.”

“Yet at every one of these peaceful demonstrations, Soler reports that the National Revolutionary Police collaborated with the Interior Ministry and groups dressed as civilians to arrest, threaten, and attack those protesting.”