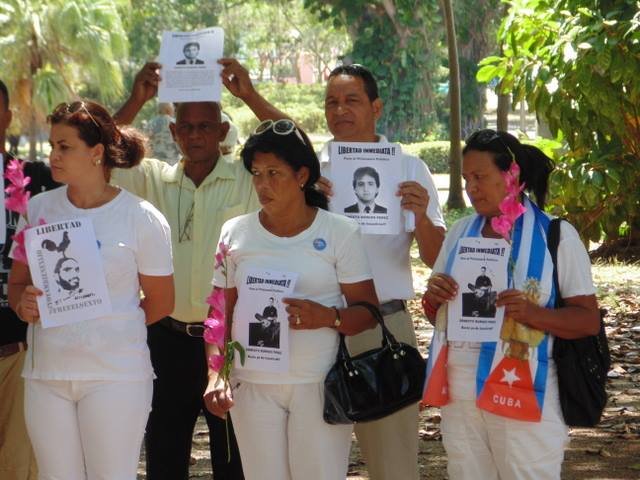 According to reports by various human rights activists in Cuba and the Spanish digital daily Diario de Cuba, “more than fifty Ladies in White were arrested Sunday by Castro’s police after their regular march in Havana”.

“Besides the women, [the regime] also reportedly arrested several men who accompanied them. The two groups were taken to different detention centers.”

Furthermore, “the same sources reported that the acts of repudiation organized this Sunday against the opposition was particularly violent, with the regime recruiting athletes.”

Angel Moya, ex-75 and human rights activist, reported that several Ladies in White were “handcuffed and some were victims of police brutality.” He added that the regime mobilized a “youth judo team as a repressive force in the arrests” and that photos of various political prisoners, including Danilo Maldonado Machado “El Sexto” exhibited by the Ladies in White on a local bus “was the cause of the arrests.”