Panama Summit: Youth calls to fight against fear and self-censorship 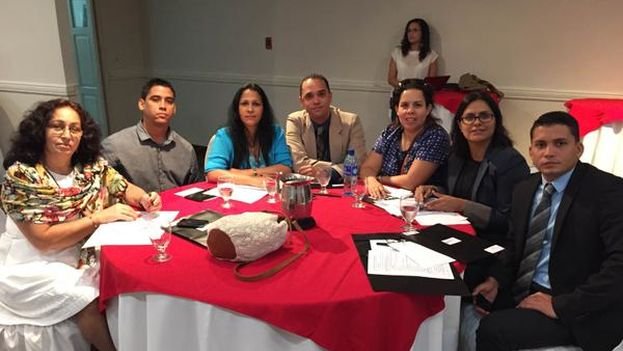 According to 14yMedio, “The Second Regional Youth and Democracy Forum started Monday in Panama City with the challenge of becoming a ‘dialogue space for young student leaders, social and political movements in the region’. The meeting, which runs until Tuesday and is organized by the Latin American Youth for Democracy Network (RLJD), is held in the framework of the Summit of the Americas and aims to prepare future leaders for democratic governance and citizen participation, two of the priority themes of the Summit.”

The article goes on to mention that most of the participants “concluded yesterday, that the region is undermined by the cancer of populism, whose origins lie in Cuba. In addition, they considered that democratic governments violate the fundamental principle of the Organization of American States (OAS) by sitting with Cuba and Venezuela and not recognizing the legitimate voice of civil society in these countries.”

Yesenia Álvarez, Director of the Institute for Political Freedom (IPL-Peru) and member of the Iberoamerican Youth Advisory Council, asked the young leaders of civil society to see problems of their country as problems of the region. “We became very close with Cuba, and we will continue to be unified with Cubans until they are free and can choose their own destiny as a nation. We will work very much for that. The Latin American presidents will not pronounce, so I ask civil society not to forget Cuba and Venezuela. Do not be afraid. Dictatorships live off of self-censorship that provokes fear.”

One of the scheduled participants, Rodrigu Diamanti, a producer of the video “A World Without Gags,” could not attend because the Venezuelan government prevented him from leaving the country.

Meanwhile, Gina Romero, from RedLad (Latin American and Caribbean Network for Democracy), “called for developing an awareness of the kind of democracy that seeks to prioritize the goal that all citizens can have a dignified life.”