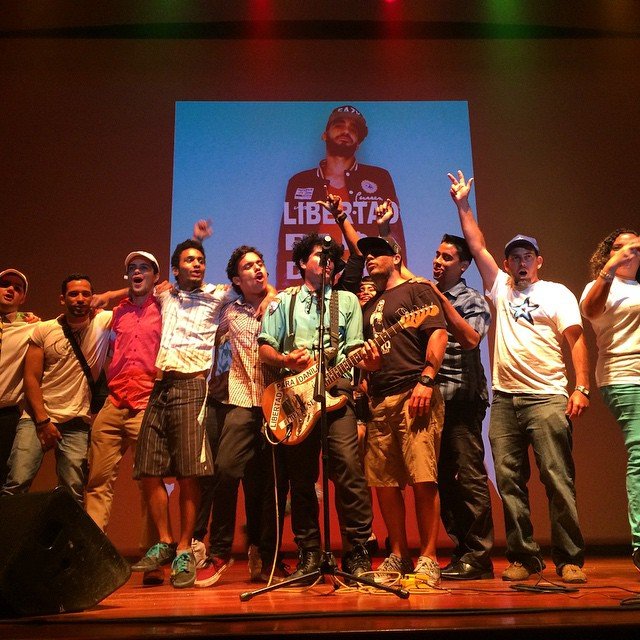 Following is an excerpt from the PanAm Post, regarding the artists which participated in last week’s electric  independent Cuban hip-hop concert, which took place in Panama the night before the Official VII Summit of the Americas was set to begin:

“We’re here to risk the little we have for freedom. That’s how Cuban hip-hop artist David Escalona defined his visit to Panama, along with a group of six rappers from the island, ahead of the seventh Summit of the Americas.”

“Back in Cuba, they scrape a living, holding secret shows in friends’ houses and almost hidden corners of the country. The venues may be small, but the message is big: through their music, they speak out against what they describe as a repressive government. All of them have faced censorship and government persecution.”

“Escalona is also known as David D’Omni, a name that comes from his cultural group, Omnizonafranca. He’s the unofficial head of a collective of ‘artivists’ — activists who use art to express Cuba’s yearning for the most basic but forbidden human values: freedom of thought and expression.”

“The eight musicians participated in multiple forums on Thursday and Friday parallel to the Summit of the Heads of State, where they told press and activists how they’ve managed to keep composing and distributing their work, evading the watchful eyes and ears of government censors.”