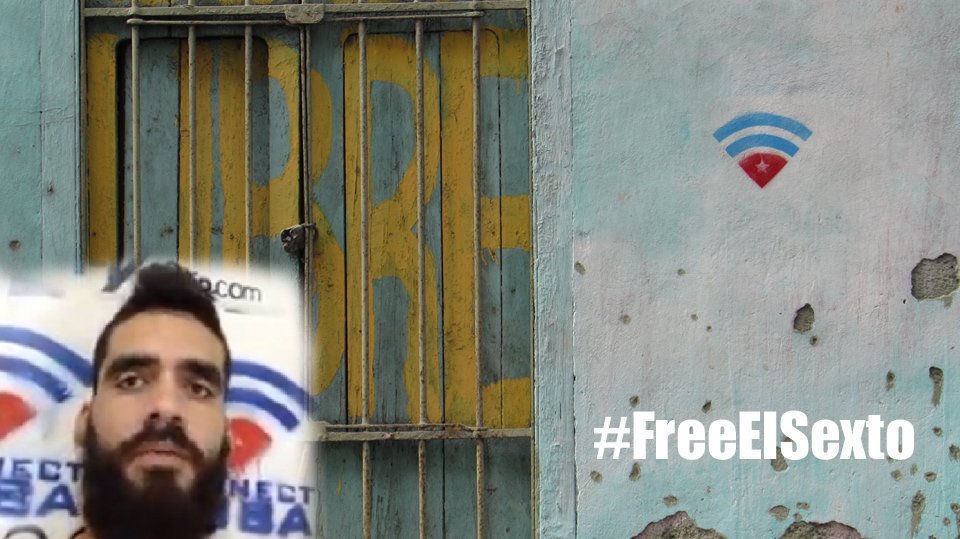 The following is a translation of El Nuevo Herald’s recent editorial regarding the case of Danilo Maldonado Machado, aka “El Sexto.”

While Cuban President Raul Castro is preparing to participate in the Summit of the Americas, held in Panama this week, on the 10th and 11th of April, and rub shoulders with leaders who were democratically elected, state repression on the island continues.

One case in this painful repressive environment is that of graffiti artist Danilo Maldonado Machado, known as “El Sexto” imprisoned since December for planning an irreverent representation.

The performance that El Sexto conceived was to paint the names of “Raul” and “Fidel” on two pigs who would stroll through Central Park in Havana. For this harmless joke, the young graffiti artist has been in jail since late last year.

Many cases of arbitrary imprisonment like this are happening in Cuba, while Raul Castro visits Panama.

El Sexto had joined the Connect Cuba campaign, sponsored by the Foundation for Human Rights in Cuba (FHRC). The campaign’s mission is to “empower Cuban civil society with an open, uncensored Internet access and the ability to communicate freely with each other and with the world.” The Connect Cuba logo that appears on the cover of issue of this week’s Time magazine is attributed to El Sexto. It is ironic that while the magazine talks about the changes on the island, the author of the logo seen on the cover is behind bars.

The graffiti artist was also a member of the scholarship program Somos un solo pueblo, sponsored by the FHRC and hosted by Miami Dade College in 2014.

Now, Maldonado is in jail for the inability of the Cuban regime to accept a humorous protest.

The FHRC considers the graffiti artist a political prisoner and demands his immediate and unconditional release. Activists involved in the campaign Connect Cuba are circulating a petition on Change.org asking for the release Maldonado. On Social media they are using the label #FreeElSexto to defend the artist and ask for his release.

The Cuban regime must release El Sexto and many others who suffer unjust imprisonment. The democratic leaders of the hemisphere, meeting at the Summit of the Americas, must not ignore the abuses committed by the Cuban regime against those who do not follow its hard line. In the name of democratic solidarity, they should denounce the repression.