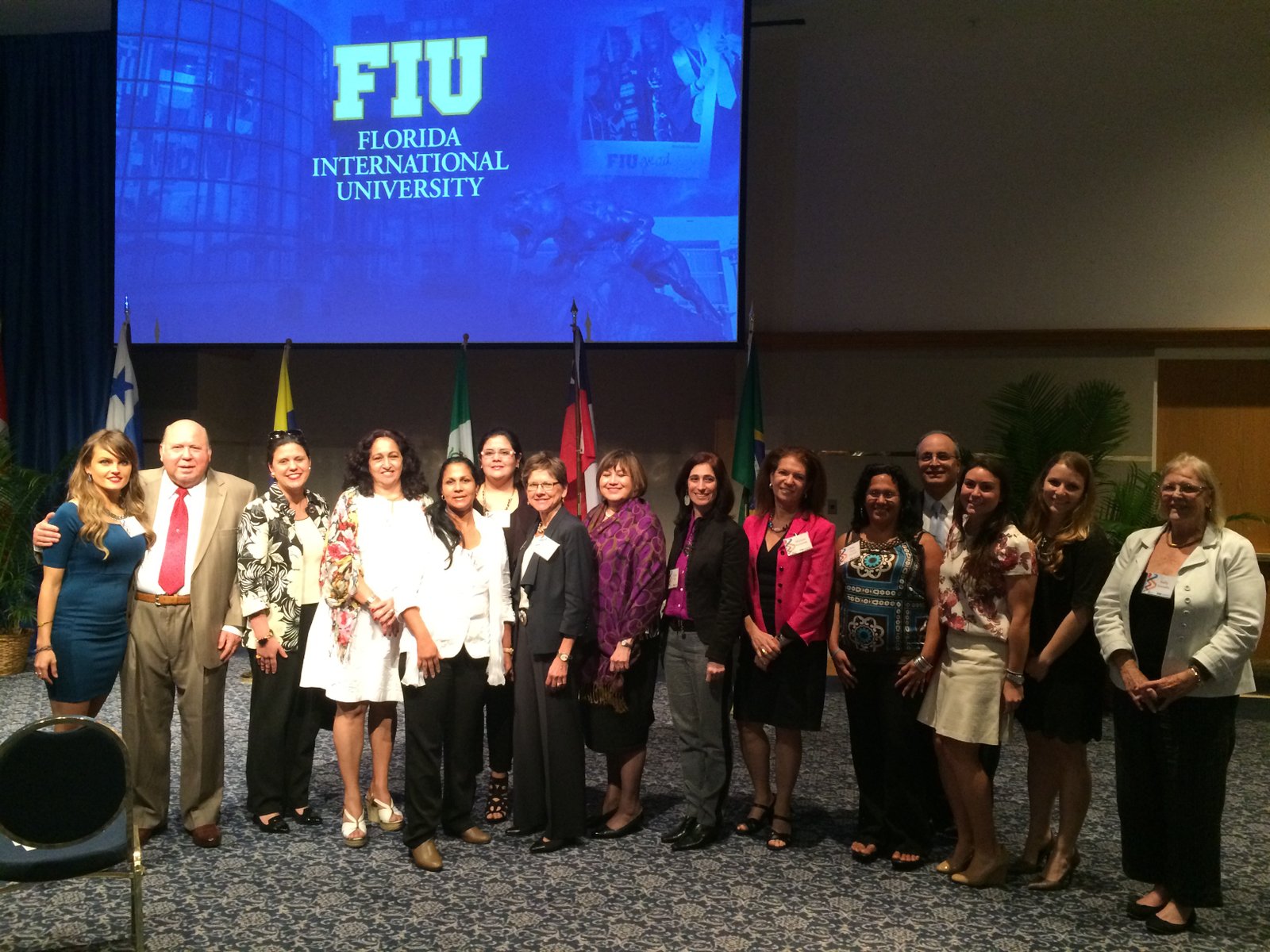 The following excerpts are from an article  written by Yusnaby Pérez (translated from Spanish) for the digital daily CubaNet, with respect to the inaugural conference “Our Voices Resonate” on women and human rights in Latin America and the Caribbean. The conference was produced by the Foundation for Human Rights in Cuba (FHRC) and the Center for Latin America and the Caribbean Florida International University (FIU LACC).

On March 19, 2015, at Florida International University, the Our Voices Resonate event took place, an international conference on women and human rights in Latin America and the Caribbean. The conference was attended by over 100 people from different organizations and countries as well as representatives of the press and civil society. Cuban women, representing various dissident movements of the island, played a prominent role in the Conference, exposing their experiences and views.

The first panel, represented by activists from Miami, Brazil and Cuba addressed the issue of “Gender Violence in the Americas”. Laritza Diversent from Cubalex treated the case of Cuba from the perspective of the rights and legal protection of women victims of gender violence and highlighted the Shadow Report of the Convention for the Elimination of All Forms of Discrimination against Women, which was elaborated and presented in Geneva in 2013. This report provides an overview of the different forms of discrimination that women face in Cuba, alternative to the report submitted by the Cuban government.

The second panel was composed of Berta Soler, leader of the Ladies in White, Yusmila Reyna, activist from UNPACU, and Miriam Kornblith, from the National Endowment for Democracy in the US and discussed the topic of Women and Civil Society. Berta Soler portrayed the case of the Ladies in White organization and the discrimination they suffer day to day in Cuba and highlighted the first democratic “recall” exercise realized within the framework of the organization. Reyna related the challenges women face in Cuba emphasizing the additional challenges of women activists. Finally, she stressed the importance and great challenge of exercising the role of the mother in a system where education has a high level of indoctrination and the parallel education conducted in their homes for their children to become dignified men and women and free thinkers.

At lunchtime Yoani Sánchez, via internet connection, gave a lecture on the situation of women in Cuba. Sánchez spoke of the machismo present in Cuban culture, and the facade representing the Foundation of Cuban Women, where discordant voices with the Government suffer from sexual discrimination. She also reflected on the importance of the role of women in the political future of Cuba. Sánchez went on to mention how the restoration of relations between Cuba and the US represents an opportunity to show the reality of everyday life now that millions of eyes are on Cuba.

The afternoon session commenced with a panel dedicated to education and activities at the grassroots level. Ivis Perez, a Cuban artist, recalled how independent art manifestations have been repeatedly censored in Cuba. The project she leads “Frank Omni Zone” has had all public spaces in Havana closed to them and have to realize their artistic performances in private homes. Their workshop provides training and improvement to promote independent cultural development. Ivis expressed her support for Tania Brugera and “El Sexto”, recent victims of censorship by the Cuban government. Another panelistl, Anabel Navarro, from the Venezuelan group mordaza.org, showcased moving and inspiring examples of the important work done by this NGO in front of increasing repression and censorship that they are living with in Venezuela.

The event concluded with a panel where the role of women in public service and political leadership was discussed. On behalf of Cuba, Miriam Celaya spoke, a blogger and editor of “Consensus” and “Contodo” magazines highlighting the role women to play in the future political transition in Cuba. Gloria Álvarez spoke about Guatemalan women and the use of technologies to empower women and civil society.