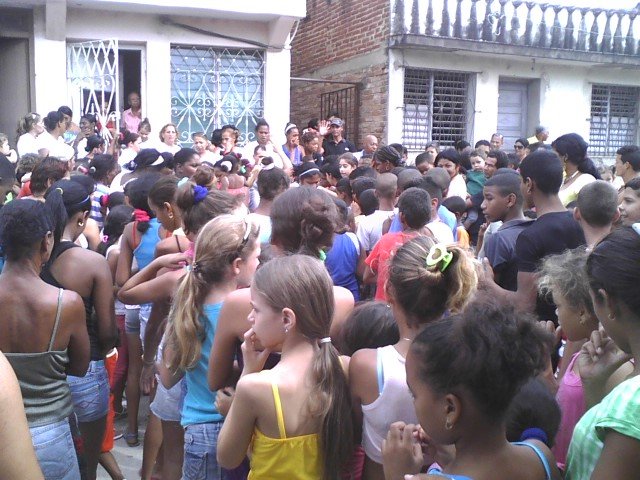 According to Diario de Cuba, the “President of the Central Opposition Coalition, Damarys Moya, reported that a teacher at the Pepito Tey School of Santa Clara, attended by her 8 year old daughter, promoted mockery against the girl for refusing to write a letter to the five spies.”

In a statement to the Spanish daily, Moya said “her daughter will not go to school until she receives an explanation of what happened by the school’s management.”

Diario states that the “incident occurred in a computer class in which the teacher asked students to write a letter to the five spies. The daughter of the [activist] showed her nonconformity as her family is active in an organization for human rights.”

For this reason, according to the child’s mother, “the teacher forced the girl to stand in front of the other students in the classroom and instigated the students to ‘make fun’ of the youngster. She added, the “teacher said that she and I, her mother, were both impudent for being in favor of human rights.”

The mother claimed that “the retaliation by the teacher against the girl went further, prohibiting her access to any classroom materials.”