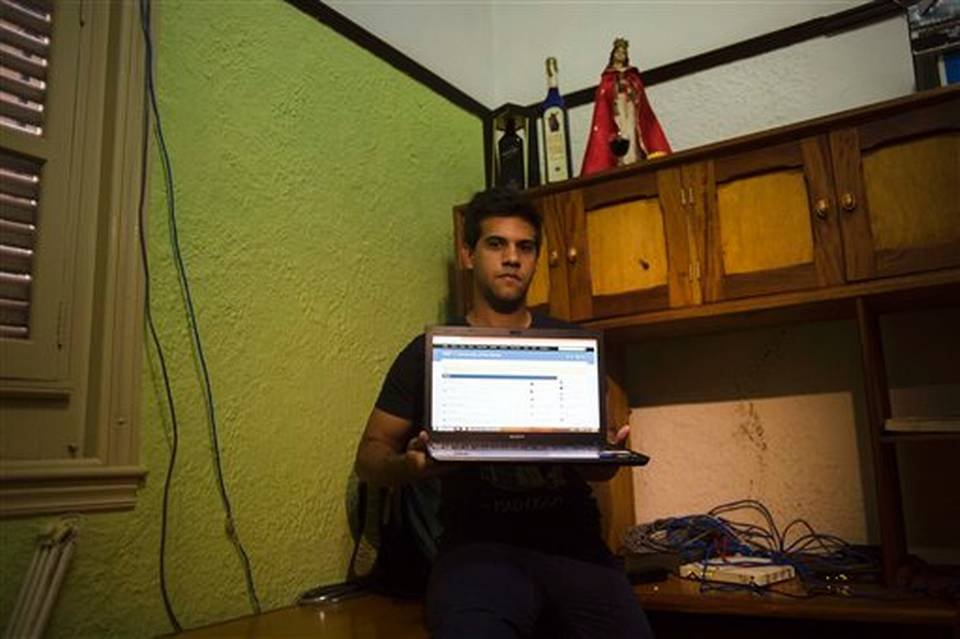 According to the recent CubaNet article, the “new measures and thawing of relations between the governments of Cuba and the United States have planted hope among young Cubans.” As a matter of fact some are now arguing even “in the short term Cubans could massively access the Internet” while others remain more skeptical. There are even some local, neighborhood administrators for underground intranet networks in Cuba claiming that “if the Cuban government allows, internet access could be massive in the short term by using the clandestine infrastructure of networks that already exist throughout the island.”

When CubaNet asked some young Cuban network administrators about the topic, several opinions and proposals emerged:

Eduardo Rodríguez, a network administrator in Havana stated: “Throughout the capital there are many clandestine networks, the government has never taken any steps to try to legalize or encourage their growth, on the contrary, they have always taken measures that go against its massification.  The number of people connected to each other, either by cable or wireless is quite high. These networks could be legalized and it could save the country hundreds of thousands of dollars in infrastructure that has already been done by us. The government would only have to legalize neighborhood networks and allow entry through customs for satellite equipment, or approve  fiber optic internet service providers so the Internet can reach our networks. In this way access to the Internet is achieved in the very short term, cheap and massive, the government would simply use our own networks.”

According to another young man who also manaves a network in Havana, but would not reveal his name was less optimistic. “I do not think these changes and new diplomatic relations influence at all the policy that the Cuban state has always had with respect to networks and the diversity of information moving within them. Much less will they allow massive internet access, fast and uncensored, where Cubans could read news from around the world and draw our own conclusions. History has shown that far from that, the Cuban state has been characterized by measures which slow this phenomenon, such as the confiscation [of equipment] and costly fines for those who manage neighborhood networks.”

Alain Garcia is user of a clandestine network in Havana and works in customs at José Martí International Airport: “I do not think these new negotiations between the government of the United States and Cuba will lead us to access rapid and massive internet. I am sure that the Cuban government will never allow it for their own convenience. First ETECSA [Cuba’s State run telecom monopoly] will lose billions of dollars just with respect to international calls if Cubans could massively access teleconferencing services like Skype. Personally, I keep seeing seizures here at customs of equipment such as Nanostations (Wi-Fi antennas) and everything related to computer network connections. The restrictions are so absurd it takes a letter from the ministry of telecommunications to import into the country something as simple as a wireless microphone. The government has always attacked technology head-on and I do not think anything will become more flexible in that aspect.”

According to CubaNet, all the interview subjects agreed that if it was truly in the best interest of the Cuban government, “access to the Internet would be achieved on a massive scale in Cuban homes thanks to the new measures by the U.S. government.”

To learn more about what you can do right now, to help Connect Cuba, click here.