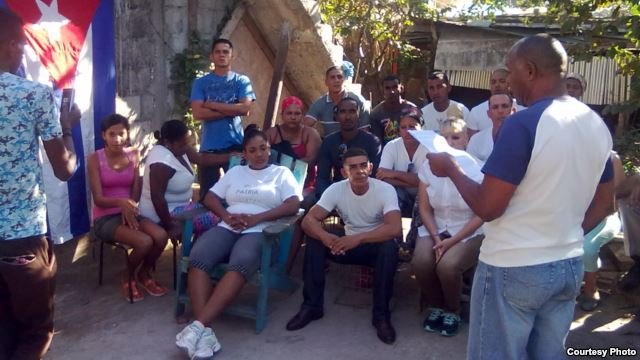 According to Martí News,  “more than twenty opposition activists from the Patriotic Union of Cuba (UNPACU) were physically beaten on Thursday February 5th by forces of [Cuban] State Security in the Santiago locality of Palma Soriano.” According to testimony from the victims themselves “nine of them were taken to the local police station.”

The incident occurred while the activists “were in their regular Thursday meeting at the home of Geordanis Muñoz Guerrero, where this time [the meeting] was devoted to the new measures of the Obama Administration towards Cuba, for which the group has shown full support.”

According to the coordinator of the dissident group in Palma Soriano, Victor Campa Almenares, at the conclusion of the meeting they “were hit by police officers and State Security.”

“They came in a passenger bus, pounced on all activists who were there on the street, beat women and activists … they struck [activists] Rulisán Ramirez just as strong as Paula Girón Castro, and due to the intervention of civilian locals, were forced to back off” added Campa.

The activist said that “after the arrests, were taken to a nearby police station and released around 6:00 pm.”

According to the 24 year old Girón, they were “beaten and humiliated in an unusual manner by State Security agent Bruno Norberto Girón,” with who she clarified there was no family relation. She added that he dealt “kicks, slaps, spit, everything that occurred to him.”