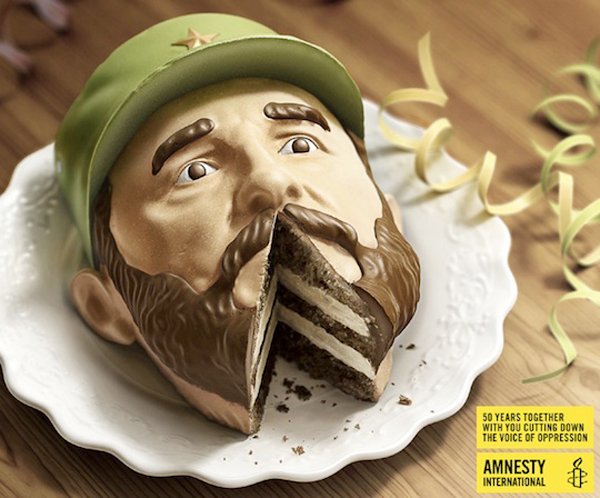 Following is an excerpt regarding “freedom of expression, association, assembly and movement:“

Criticism of the government continued to be repressed and was routinely punished by various means, including arbitrary and short-term detentions, “acts of repudiation” (demonstrations led by government supporters with the participation of state security officials), intimidation, harassment and politically motivated criminal prosecutions. The judicial system remained firmly under political control, gravely undermining the right to trial by an independent and impartial tribunal.

Government critics, independent journalists and human rights activists were frequently detained for exercising their rights to freedom of expression, association, assembly and movement. Activists were detained as a preventive measure to stop them from attending public demonstrations or private meetings.

The government continued to exert control over all media, while access to information on the internet remained challenging due to technical limitations and restrictions on content. Independent journalists were systematically subjected to harassment, intimidation and detention for reporting information that was not sanctioned by the state apparatus.

Regarding “Prisoners of Conscience:”

Articles 72-90 of the Criminal Code which criminalize “dangerousness” and punish those deemed to be likely to commit a crime in the future, were increasingly used as a means to incarcerate government critics. Prisoners of conscience Emilio Planas Robert and Iván Fernández Depestre were sentenced to three and a half and three years’ imprisonment in October 2012 and August 2013 respectively for “dangerousness”. Emilio Planas Robert was accused of putting up posters in Guantánamo City with “anti-government” slogans.

Regarding “Arbitrary Arrests and detentions:”

Short-term arbitrary detentions as a tactic to silence dissent increased sharply. The Cuban Commission on Human Rights and National Reconciliation reported 8,899 politically motivated short-term detentions during 2014, an increase of more than 27% compared with 2013.

Members of the independent civil society organization Ladies in White faced constant harassment and every Sunday dozens were detained for several hours to prevent them from travelling to attend mass and carry out peaceful marches. The organization reported that 1,810 of its members had been arrested during 2013.