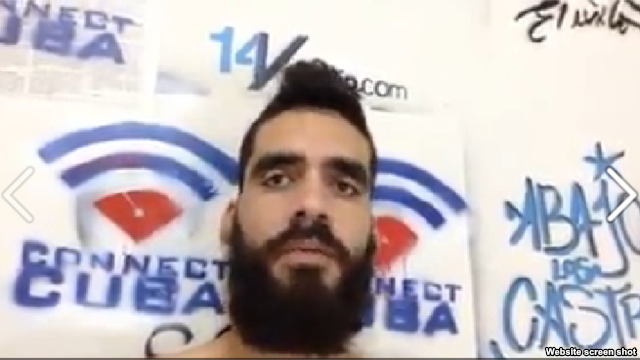 As reported in Martí News, “solidarity with graphic artist Danilo Maldonado, jailed since late December 2014 while attempting to carry out a performance in a central Havana park, keeps pushing ahead on social networks.

On both Twitter and Facebook, Cubans demand freedom for the graffiti artist, Internet and human rights activist known as “El Sexto,”  who “remains confined to the Valle Grande prison in Havana and, according to his family, is suffering from pneumonia and has not received medical treatment.”

Fellow activists and supporters have been using the hashtag “#FreeElSexto” to promote solidarity and the immediate release of the independent Cuban artist.