Cubans have to go to extremes just to get Internet connection. 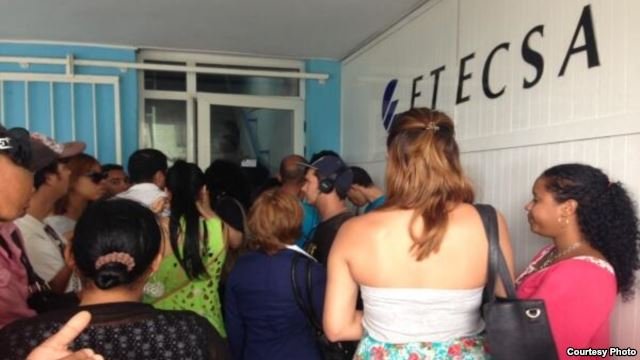 According to Business Insider and the AFP, young Cubans “have to go to extremes just to get an Internet connection and somehow get around the strict control of the Communist authorities. In the capital Havana, clusters of young Cubans can be spotted at weekends in groups near hotels, embassies and business centers in a desperate attempt to get online — somehow.”

The article mentions that “in 2013, only 3.4 percent of Cuban households were connected to the Internet, according to the International Telecommunication Union (ITU), which rates the connectivity of countries.”

In addition, “the state telecommunications service provider, ETECSA, does not offer mobile Internet to its customers, while the 3G network is only for foreign visitors using roaming and offers often patchy performance.

“Cuba remains one of the most restrictive countries in the world in terms of Internet freedom,” Sanja Tatic Kelly, project director for Freedom on the Net, at the American NGO Freedom House, told AFP.

“Rather than relying on the technically sophisticated filtering and blocking used by other repressive regimes, the Cuban government limits users’ access to information primarily via lack of technology and prohibitive costs,” she said.

To see what you can do to help “Connect Cuba,” click here.