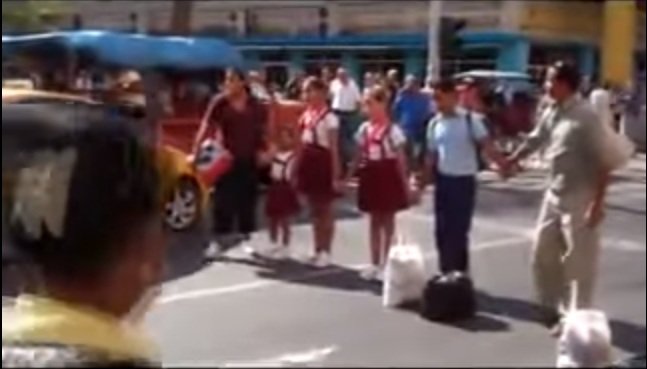 As described in a Martí News article, a short video has appeared on YouTube, depicting “a Cuban family paralyzing traffic on a Havana street, in protest of being evicted from their home in the Mayabeque province.”

The images show a mother screaming in tears “because her daughters have gone eight months without being able to attend school.”

The girls’ father demands to be respected by the authorities and shouts repeatedly “Cuba is not for the Communists, Cuba is for the Cubans.”