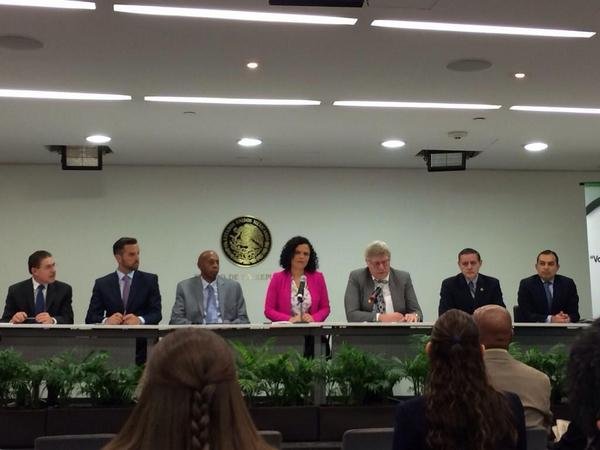 Mr. Guillermo Fariñas, winner of the Sakharov Prize from the European Parliament, spoke today before the Senate of the United States of Mexico, pursuant to an invitation by members of the parliament.

In his appearance, Mr. Fariñas noted the falsity of the so-called reforms in Cuba, the Castro regime’s continued repression against domestic opposition, and potential of nonviolent struggle as a factor for a real change in regards to the situation in Cuba.

Guillermo Fariñas was invited last Friday to speak to more than a thousand students on the campus of the Monterrey Institute of Technology in the city of Córdoba, Veracruz, and in addition, inaugurated the list of distinguished visitors to the city of Cordoba.

Fariñas granted interviews with leading Mexican media such as the newspapers El Mundo, El Universal, Excelsior, Reforma and Milenio, as well as radio and TV millennium. In the evening hours yesterday, the Cuban activist held a private meeting with former Mexican President Felipe Calderón at the headquarters of his foundation for sustainable development.