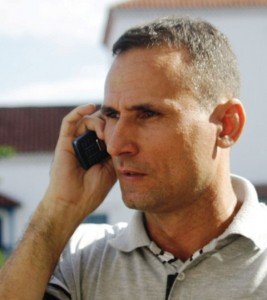 Twelve of Cuba’s “Black Spring” activists who remain on the island have asked the Minister of Justice to clarify what their legal status is and to restore their political and civil rights, including their right to travel.

In a letter signed on Wednesday October 29th, Marta Beatriz Roque Cabello, demanded on behalf of her brothers in arms, to restore the laws considered broken and to comply with the resolutions adopted by the Catholic Church.

“It is not possible that we should have a different approach than the rest, because of not wanting to abandon our country, which implies that the goal is to punish us for our decision,” Roque Cabello wrote to Justice Minister María Esther Reus González.

In the spring of 2003, 75 Cuban activists were sentenced to prison for their opposition activities to between 15 and 27 years, including the death penalty for some, under the Act No.88 Protection of National Independence and the economy of Cuba, known as the “Global Gag Rule.”

After negotiations with the Catholic Church, the Cuban government released political prisoners who agreed to leave the country for good and continued on parole those who were opposed to leaving.

“From that moment relative freedom was obtained,” said the activist in the letter, but said she did not have any documents proving why they were released nor the conditions of their release.

However, the parole does restrict their movement to within the country. “We cannot, as is the desire of most of us, to be away from our country temporarily” wrote Roque Cabello.

Some of these activists have called on the Government to permit temporary leave for health reasons to be treated abroad and they have been denied. The “yes” would be conditional on a decision not to return.

The former political prisoners agreed weeks ago during a meeting in Havana that everyone would sign the letter, once drafted by Roque, according to Jose Daniel Ferrer, president of the Patriotic Union of Cuba (UNPACU).

“It is imperative that we ascertain our legal status and we are returned all our civil and political rights-as corresponds to us- to move on in society,” wrote the activist.