According to independent journalist, Henry Constantin Ferreiro, yesterday, Camagüey’s streets were “full of people with heart and against the rainfall, not in fear of losing work, school or their future.” The purpose of the encounter: the celebration of Cuba’s Patron Saint, the Virgin of Charity: 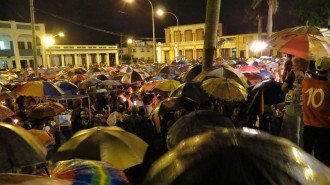 Havana’s streets were also buzzing with faithful members of Cuba’s civil society, conducting large processions in honor of the Virgin:

Havana’s independent, and heavily censored digital journal 14ymedio declared that the “devotees have been active in preparing their September 8th Holiday. Shortly before the procession, there has remained fervent activity in the vicinity of the temple that bears her name in Havana.” 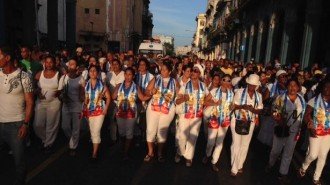