One Trip, three objectives via UNPACU 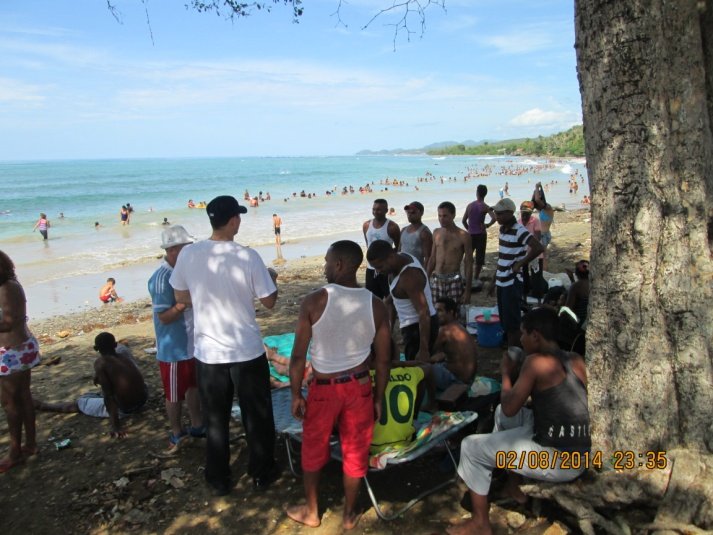 The following note was sent to the Foundation for Human Rights in Cuba (FHRC) by the Patriotic Union of Cuba (UNPACU):

The Patriotic Union of Cuba, UNPACU, very discreetly planned a trip to the beach known as “The French” on August 2nd, 2014. The beach is located on the coast near the western end of the Bay in Santiago de Cuba. Seven individual trucks were rented by our pro-democratic organization which moved hundreds of people from various municipalities of Santiago to the beach. 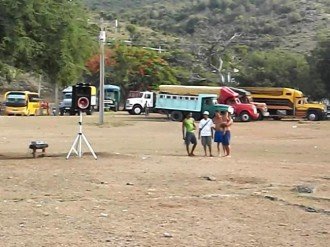 Moving 500 people to a beach in a democratic nation is easy, but in Cuba, under the Castro dictatorship, and more so if the people belong to a group of the most numerous and active organization fighting for change…the task becomes very complex.

The trip to “The French” beach organized by UNPACU would have three main objectives in mind: 1st, bringing together hundreds of activists in the province together to reaffirm our commitment to fight for the freedom of our country; 2nd, reunite members from different municipalities which may not always coincide in one place because of the constant repression; 3rd, to give a little healthy fun for our families, and especially children, who suffer so much because of the Regime’s aggression.

At 8:30 am we had reached the meeting place with 321 adults, 122 children, and including teenagers eager to give their contribution to the cause. By noon we were at a little over 500 members from the municipalities of Santiago de Cuba, Palma Soriano, San Luis and Mella. The political police deployed a strong operation in the area and watched us during the entire trip to the beach and back to our homes. 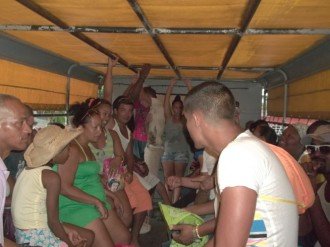 During the development of the first objective which brought us there, Ovid Martin, member of the Council of coordinators of UNPACU and myself, gave short speeches and lead chants of “long live a free Cuba and ¨UNPACU.” The chants were answered with such energy that dozens of people commented how it rumbled along the beach and came to rest at facilities for officials of the Ministry of Interior and the FAR. 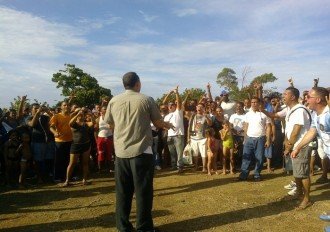 Since our arrival at “The French” we started tweeting images of what was happening there, and past midday the political police defused the antenna that provided coverage for cell phones in the area. We were not able to return calls until we approached the city of Santiago de Cuba.

On this beach, as in most of the region, the few products available for purchase at state outlets are very expensive for the average Cuban. The private vendors have a greater supply but also high prices. Members of UNPACU brought food already prepared and only a few purchases were made. In our organization we encourage everyone to buy, whenever possible, from those who share our vision and support our struggle. 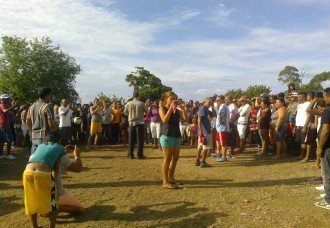 Our activists spoke to several hundred people during the day spent on the beach, some wondered who we were, others knew because they were familiar with our organization and conversed amicably. The Political Police mixed in various agents dressed as civilians with the intention to monitor closely. These passed through bad times when our members unmasked and reproached them for their nefarious work.

UNPACU brought our own equipment to amplify music and a generator to keep it going. Among the popular musical themes heard were several songs from artist group protesters. Several artists including Sayut Omar (Don Sayut), were present, and were mostly hummed along by the youngsters.

No doubt after an exhausting but very organized and fruitful day, our activists returned home with a greater desire to continue fighting for the free, democratic, just and prosperous Cuba we all desire.

On the 24th day of this month, UNPACU turns three years old. Three years of constant struggle in which we have faced the harshest repression of the Castro regime. Despite whatever the dictatorship does to annihilate us, each day we are more and more effective.

UNPACU thanks the good patriots in exile and other friends of the free world for their support and solidarity, which if we did not have this support, these types of activities nor our necessary struggle for a better Cuba would be possible. 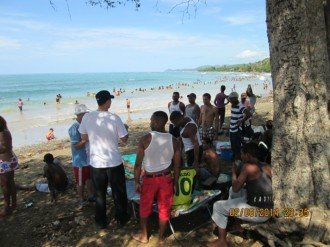 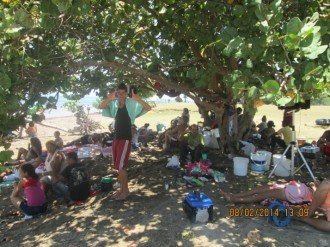