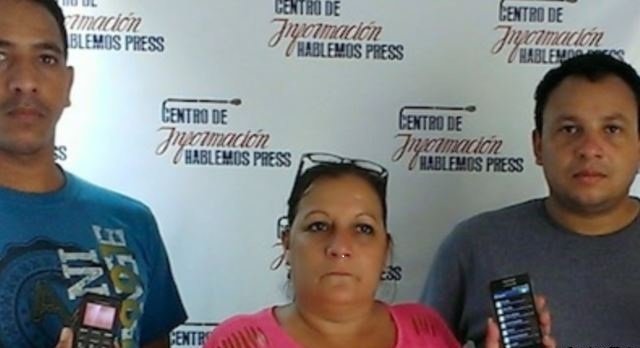 According to the Miami Herald twelve “independent journalists are learning how to use smart phones and social media to do their work.”

Nine of them said “that authorities have detained them a total of more than 400 times, usually for reporting news that the Cuban government tries to hide from the island nation’s 11 million people.”

One journalist went on to say “he uses eight home printers to publish his newsletter, but only two are currently working because ink cartridges are so expensive.” Another mentioned he “boldly delivers his newsletter to his local Communist Party and government authorities.”

According to the Herald “with the Cuban government controlling all mass media, including newspapers, television and radio stations, independent or dissident journalists are technically working illegally and are regularly detained and harassed by State Security officers.”

The reporters “are part of a group of 12 independent Cuban journalists in Miami for three weeks of training on multimedia journalism and the use of smart phones to add quality photos and videos to their reporting. On Wednesday, nine visited El Nuevo Herald.”

“Among the nine were a dentist, a man who studied law, a nurse, a chemist, a former worker at a printing plant and even a former lieutenant colonel in the Interior Ministry, in charge of domestic security.

They publish newsletters on paper or digital memories such as USB flash drives, or send their reports to webpages based abroad, where island residents can read them. Supporters also can send the reports back to Cuba on flash drives, CDs and DVDs.

Roberto de Jesus Guerra, 35, said he spent three years in prison and has been detained more than 180 times for his work as founder and director of the Hablemos Press news agency in Havana, which focuses on denouncing government abuses.

The agency also prints 400-600 copies of a newsletter with four to eight pages twice a month, and distributes them around Havana. Three of his contributors also have spent time in prison, added Guerra, who said he milked cows before turning to journalism.

Raul Luis Risco Perez said he served as a lieutenant colonel in the Interior Ministry and fought in Angola before joining the opposition Alianza Democrática in Pinar del Rio province. He has been briefly detained about 200 times, Risco said.”