How exactly does Cuba’s government control the foreign press? 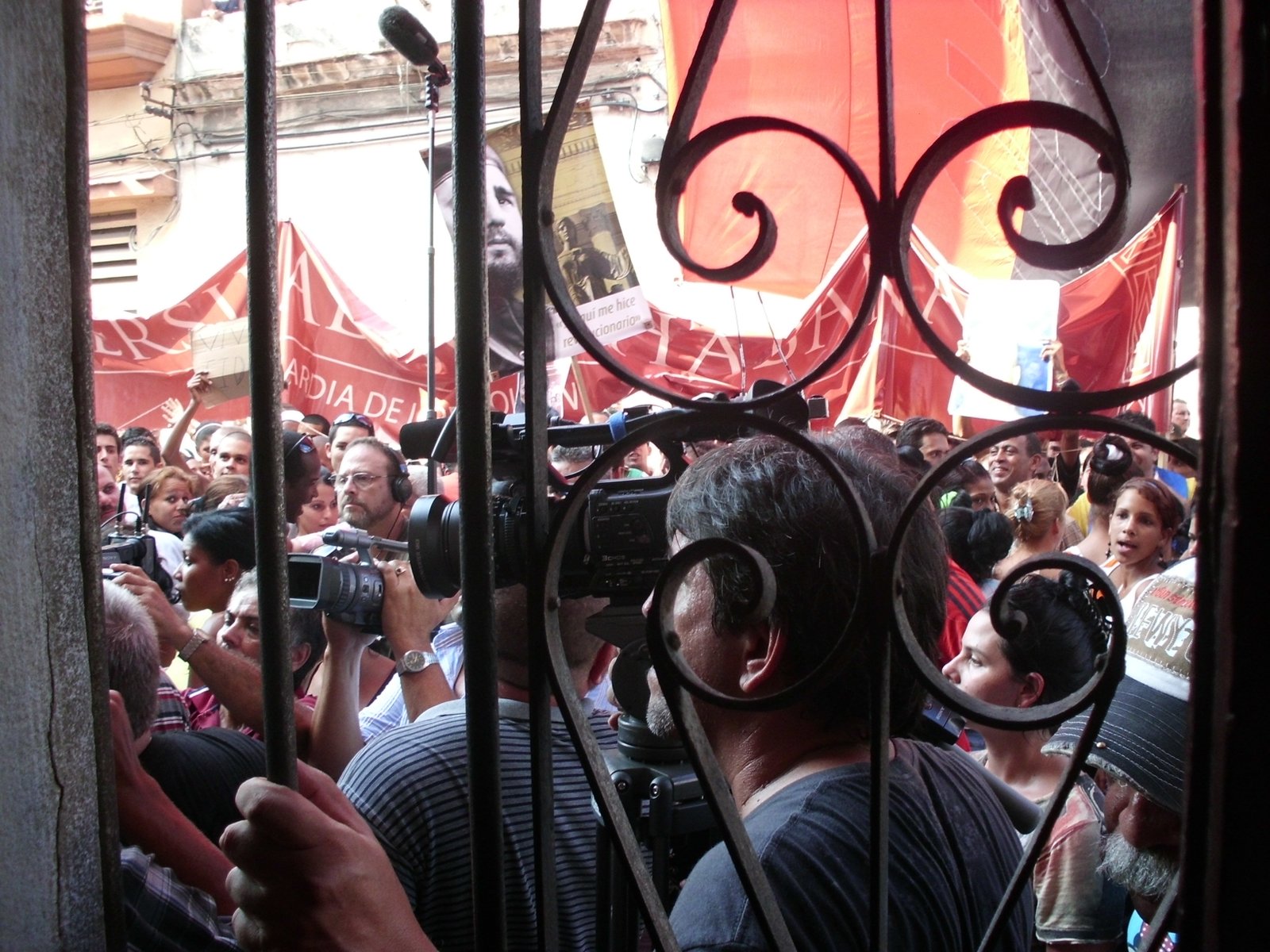 According to the recent article by Yoani Sánchez in the Havana based, independent digital newspaper, 14ymedio, she “got to know a Cuba-based foreign correspondent who shared an absurd and revealing anecdote.” It started with a call from “the International Press Center (CPI), who phoned him with a warning about the content of an article. “

The reporter agreed to meet with CPI officials and “arrived at the building on 23rd street in downtown. He was led to an office where he encountered two men with annoyed faces.  After providing coffee and small talk, they got to the point. They reproached the journalist for an interview where he mentioned Cuba as a ‘communist island’. The surprise of the correspondent was great, as previous admonitions he had received were for ‘reporting only the negative conditions of the Cuban reality’ or ‘not treating Cuba’s Revolutionary leaders respectfully’, but he never imagined that this time they would scold him for the exact opposite”.

According to the report, the censors had not liked one bit using the ‘communist’ adjective to characterize the country. The reporter asked the officials “But it is the Communist Party that governs here, right?” The senior official’s response was simply “yes, but you know that word makes us look bad, it does not help us.”

The journalist “was left open-mouthed for a few seconds while trying to understand what they were saying and looking for a response that was not a hearty laugh.”

With that in mind, “the correspondent knew that annoying the CPI could bring more than just a slap on the wrist. In the hands of this institution are also the permits for foreign journalists to import a car, rent a house and, at that time, to buy an air conditioner for your room.” The journalist admitted that “the dilemma he had as a reporter was to give in and not write ‘communist island’ again or enter into a conflict with the institution, where he had everything to lose. “

Yoani’s article also mentions the “mechanisms of control over foreign media go beyond the reprimands of the CPI. It is enough for a correspondent to get married on the island, create a family in this land, in order for that objectivity to be in doubt. Intelligence agencies know how to pull strings of fear to provoke any kind of damage or pressure on a loved one. That is the way they achieve the degree of tempered criticism of these ‘apathetic’ correspondents in Cuba. The perks are also an attractive carrot to not touch thorny issues in their articles. “

As one of the most prominent independent journalists in Cuba, Yoani also offered some advice for the foreign press in Havana … “News agencies need to strengthen and regularly review their codes of ethics when it comes to Cuba. They should regulate the time spent on the island by their representatives, for when spending long years [in Cuba], it creates emotional bonds that can become the target of blackmail and pressure from the officialism. No harm would come from an examination of objectivity from time to time, given the possible coercion or Stockholm syndrome that may be suffered by their employees. The credibility of a media giant occasionally depends on an individual who puts more value on the new imported car or the beautiful young Cuban girlfriend, than his commitment to journalism.”