Cuba’s Patriotic Union signs alliance in the Isle of Pines 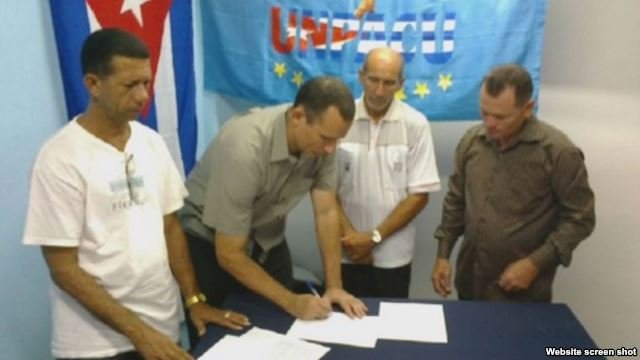 Cuba’s Patriotic Union (UNPACU), established mainly in Santiago de Cuba, but with representation in many provinces of the island, has signed an alliance with the Cuban opposition group Pinero Autonomous Party (PAP) in the Isle of Pines.

José Daniel Ferrer, executive secretary of UNPACU said to Martí News  that “the intention is to expand UNPACU within the shortest possible time, for the nonviolent pro-democracy struggle in Cuba, and for that, we want to be in every corner the country.”

Referring to his move of forming the alliance with PAP, the ex-political prisoner of the 75, said that the Pineros have “a hundred activists belonging to various organizations … and with this union we would be present throughout the entire national territory.”

The eastern based group has signed alliances with other groups such as the United Anti-totalitarian Front (FANTU), represented by Guillermo Fariñas, recipient of the Sakharov Prize for Freedom of Thought, the Party for Democracy “Pedro Luis Botiel,” chaired by Felix Navarro from Matanzas, and the Cuban Reflection Movement, led by Librado Linares, in the central region of Cuba.

UNPACU is the largest group of the Cuban opposition, which emerged in 2011, the organization brings,according to Ferrer, over two thousand activists in the east as well as in the central and western zones.

Ramón Salazar Infante, president of the Pinero Autonomous Party (PAP), said the intention is to “merge the peaceful opposition in the country for a joint effort.”