In His Own Words: Student of “Somos un Solo Pueblo” describes six month journey & going back 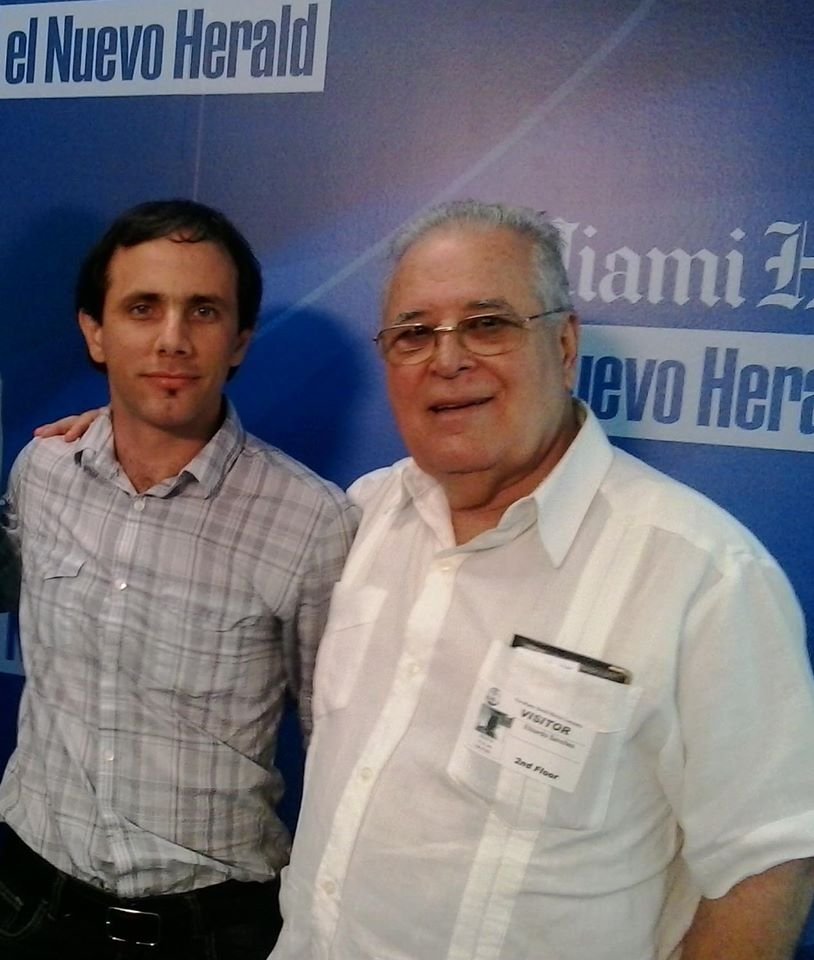 The following article was translated from a published article yesterday in El Nuevo Herald and written by Henry Constantin, a member of the inaugural class of “Somos un Solo Pueblo.” This scholarship program is sponsored by the Foundation for Human Rights in Cuba (FHRC), in collaboration with Miami Dade College (MDC).

“Where am I?” I said to myself, as I watched a young woman navigate the web on her smartphone. It was more to pinch myself emotionally than to give myself an answer that I already knew. I was on the plane ride that brought me to Miami six months ago. Below, thousands of lights and cars grew closer, in the streets of the city most loved and hated by Cuba, in the city that encapsulates our painful history and proves that we can prosper if we live in liberty.

On January 10th I landed in Miami, with the suspicion that I was going to have a transcendental experience. I was set to take part in “Somos un Solo Pueblo,” an educational program for Cuban students. My suspicion fully confirmed itself, and became reality.

Here, I have learned much more than what was taught in the classrooms at Miami Dade College, if I exclude cooking—a subject I did not master—and English—the most difficult language to speak in “the only prosperous province of Cuba.”

At Miami Dade College’s Wolfson Campus, they taught us Business, Psychology, Sociology, Computation, and English. This school will forever have a place in my heart because it is the first in twelve years that has respected me as a human being and presented me with a diploma, instead of expelling me for my political beliefs. Although this school belongs to the United States and follows its laws, it had so many Cuban students and opened its doors and embraced us so completely, that I feel that it is part of Cuba.

Outside of the College, inside of Cuba-Miami’s civil society, I breathed in strength from the many people, institutions, and means of communications which have, among their other priorities, still work towards a free Cuba.

The Foundation for Human Rights in Cuba (FHRC), the organization that made this experience possible, was another discovery. For decades, the government’s propaganda has only insulted the people who work there, and defamed all who are affiliated with the institution. This is lamentable. However, in the Foundation’s meeting room, I discovered a page of Patria, the newspaper Jose Martí had published in order to bring liberty to Cuba, displayed on the wall. And in the front, there was a picture of El Apóstol himself, Jose Martí. What a contrast. I remembered that as a university student, as a detainee of the Communist Party, in examples of press on the island, or in the police or the State Security, I never perceived in these spaces anything but reverence for the Castro family, for Che, and ideas of violence and power. And in the Foundation, Martí and patriotism.

In the diverse and sometimes tumultuous sea of Miami civil society, the difference between generations is striking. While members of the exile community in their 60s and 70s live with the intensity of the situation in their homeland, the majority of young people seem focused on their own lives and those of their family members in Cuba. Beyond this, the younger generation’s absence is felt in activist efforts on the island. They are not the protagonists they should be. It seems as if in the suitcases with which they escaped from the island, they brought with them personal traumas, despair, fear, misinformation, mistrust, apathy, and an overall underestimation of their capacity to change their surroundings… Luckily, there are many exceptions.

In Miami I confirmed that Cubans are not an unproductive race condemned to underdevelopment, but a people capable of prospering in peace and liberty.

From the city of the Heat and the Marlins, I take the solidarity with which so many lovable people treated and listened to me, the attention of the free press, the tons of new friends that I made, as well as the old ones that I recovered.

At times as the public, and at times as the man at the podium, I lived the emotion of debating between opposing points of views, almost always respectfully. This experience is what we Cubans on the island must immediately retrieve.

Furthermore, I lived through simpler emotions, which I suppose, once in Cuba, will be converted into piercing traumas. A full refrigerator, going through a whole day without sweating–even when using the still improvable public transport system; a class in which I could speak about my opinions, perhaps contrary to the professor’s, without having my grades or enrollment status suffer; an opera concert and a baseball stadium with a retractable roof; internet even in an urban train…

However, not everything was picture perfect. My apartment’s kitchen caught fire, but with no other consequence than the frustrated face of the firefighter, who arrived when there was only smoke left; I had sessions of class and work that lasted from 8am to 9pm; I suffered at the sight of the boats parked in front of my window because taking one 90 miles away to see my family is a grave felony on the other side of the Straits. Having my family and those I love so far away has been the most difficult part of the last 6 months.

But my dramas are insignificant. I am returning to Cuba loaded with the tragic stories of strangers, of thousands of stories that have escaped to Miami in order to cure their pains and frustrations under the shadow of the Freedom Tower.

The most important part of my living in Miami is returning to Cuba. There, in Cuba, is where Miami makes sense. The inverse is also true; it is in Miami where one confirms that the reality of our island makes no sense. So, returning seems like suicide, or a desperate attempt to give meaning to a life that we seem to leave behind, but that will always, always, follow us.

Maybe the heat will give me joy, the lack of nutrition will thin me further, and the repression will jail me. It doesn’t matter. Now that I have felt like a human being, I want to return so that I can keep planting hope among my people, that we may create a nation for human beings. It is difficult, but I have never been attracted to anything easy.

This morning, the 12th of July, I will once again ask myself as I get off the plane back to Cuba, “Where am I?” I don’t know if the first image I will remember of my return will be an aerial view of the third-world Havana lying in shambles, the menacing faces of the airport security of Rancho Boyeros, or the constant risk of being harassed by the state security for having returned to my country with the proud idea of being free.

Yet, I return to Cuba both in body and spirit. Pardon me, I misspoke, I leave a part of my soul behind, here, in Miami.