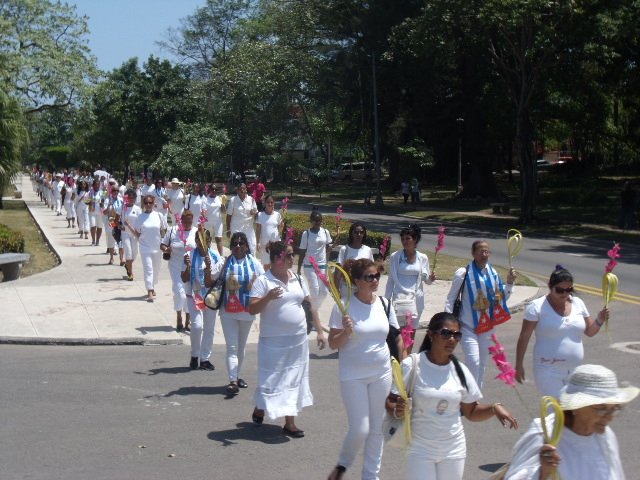 According to El Nuevo Herald, the U.S. government “energetically condemned Monday the arrest of approximately one hundred members of Cuban opposition group The Ladies in White, occurring this past Sunday in Havana.”

The activists were arrested by “dozens of uniformed police and civil agents, in the middle of a contra-manifestation of communist government followers while they attempted their Sunday march after mass at Santa Rita parish in the diplomatic sector of Miramar of the Cuban capitol.”

The European Union manifested its “profound concern” for the arrest of “89 Ladies in White and 9 men” this Sunday during a street march in Havana. “The EU laments the increase in the last months of the temporary detentions and asks the Cuban authorities to authorize pacific meetings.”

The Ladies in White, founded in 2003 by the family members of political prisoners, is the most visible sector of the Cuban opposition and the only group, since 2010, allowed to conduct protest marches on Sunday.