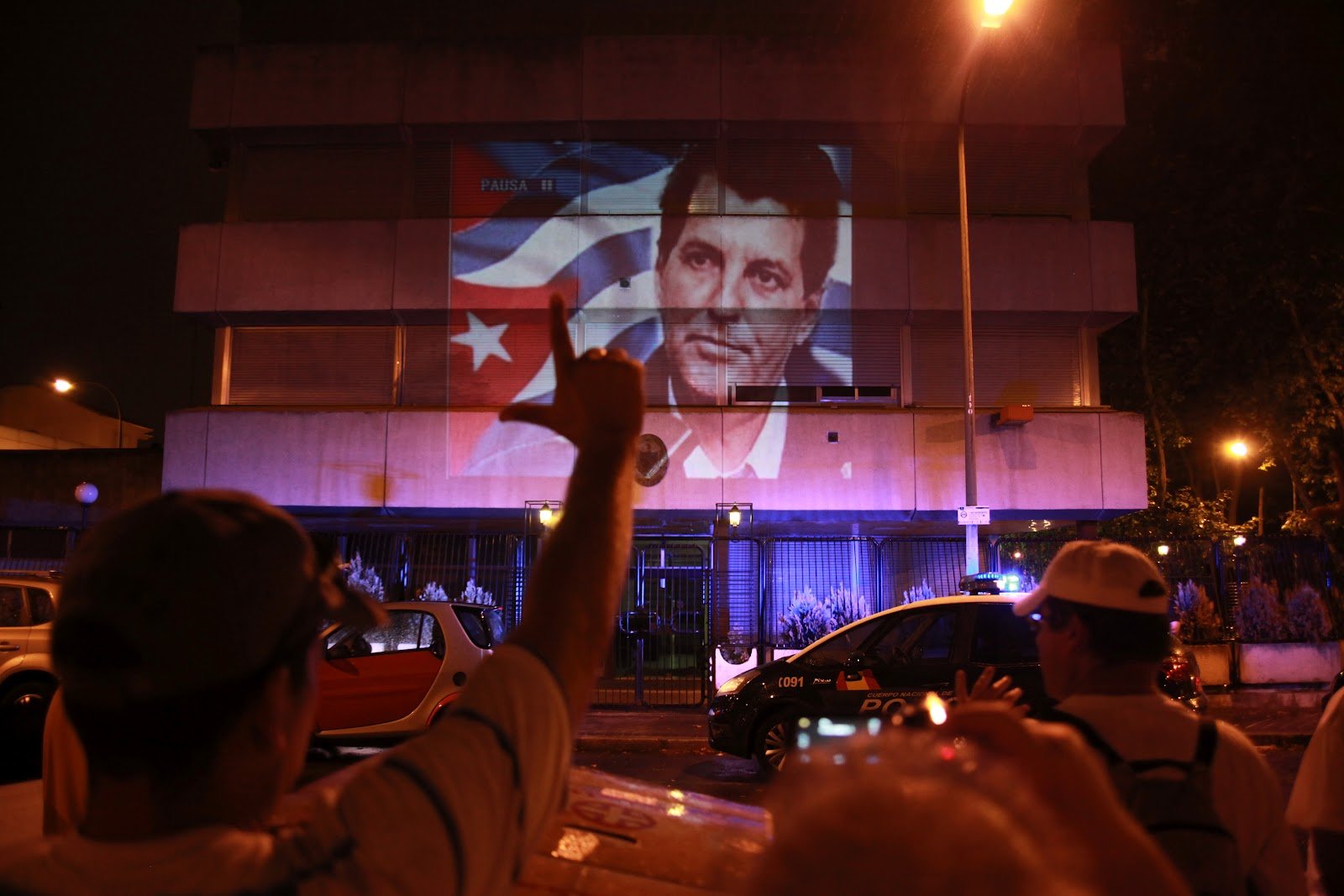 Below is an excerpt from The Washington Post commenting on the two year anniversary of the suspect death of Cuban activist and leader Oswaldo Payá:

“TWO YEARS ago Tuesday, a blue rental car was wrecked off a deserted road in eastern Cuba. In the back seat was Oswaldo Payá, one of Cuba’s best-known dissidents, who had championed the idea of a democratic referendum on the nation’s future. Mr. Payá’s voice was not the loudest against the Castro dictatorship, but it was one of the most committed and determined. On the day of the car crash, he had been trying for more than a decade to bring about a peaceful revolution, one that would empower Cubans to decide their own fate and end the half-century of misrule by Fidel and Raúl Castro.

Mr. Payá endured harassment and intimidation for his efforts. Many of his friends and allies were jailed. He received threats by phone and other warnings, some violent. But he did not give up. On the day of the crash, Mr. Payá was traveling with a young associate, Harold Cepero, across the island to meet with supporters of the Christian Liberation Movement. In the front of the rental car was a visitor from Spain, Ángel Carromero, a leader of the youth wing of that country’s ruling party, and one from Sweden.

The car spun out of control after being rammed from behind by a vehicle bearing state license plates, according to Mr. Carromero. While he and the associate from Sweden survived, Mr. Payá and Mr. Cepero were killed. Mr. Carromero says he was then coerced to confess and subjected to a rigged trial in order to cover up what really happened. Mr. Carromero’s videotaped “confession,” broadcast on television, was forced upon him; he was told to read from cards written by the state security officers. He was sentenced to four years in prison for vehicular homicide and later released to return to Spain to serve out his term.

Since then, there has been no serious, credible investigation of the deaths. Cuba has brushed aside all demands for an international probe that would reveal the truth. Mr. Payá held dual Cuban and Spanish citizenship, but Spain has been shamefully uninterested in getting to the bottom of the story. The truth matters — to show the Castro brothers that they cannot snuff out a voice of freedom with such absolute impunity.”