Journalist returns to Cuba after six months of Miami “detox” 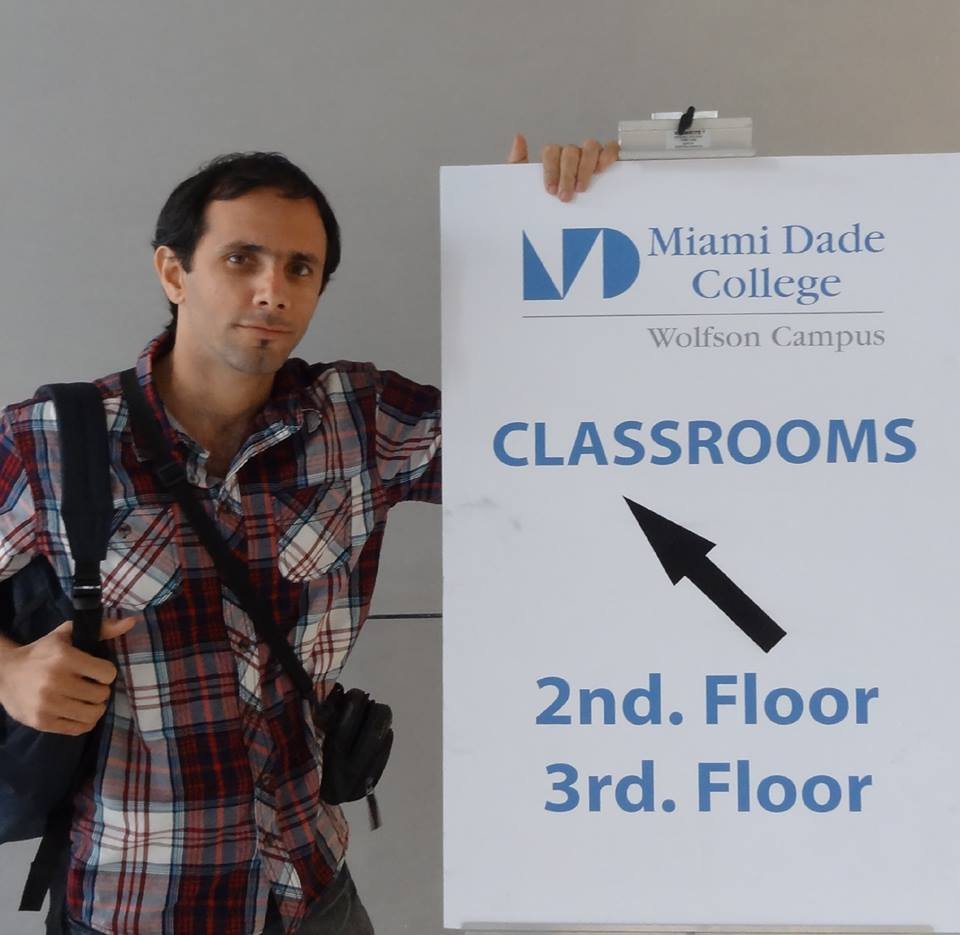 Henry Constantin, a Cuban independent journalist assured the AFP that living in Miami for 6 months, where he participated in a student program alongside 16 other Cubans, served to “detoxify” himself of the “lack of hope” in Cuba, and that it helped him to return to Cuba with the energy to fight for change.

“This experience has, first of all, been a means of detoxification,” said Constantin, 30, during an interview with AFP just a few hours before the last group of students, which included activists and independent artists, returned to Cuba this past Saturday after studying at Miami Dade College for the first time.

On the island “you get poisoned with frustration, lack of hope for everything around you, and lack of trust,” said Constantin, who maintains his Twitter account @constantincuba and a blog named “Reportes de Viaje”, all while working with any digital means possible for dissidents.

“When you arrive to a place where Cubans speak with honesty and open doors for you, it cleans your soul a bit,” he said. “I leave with more strength, more energy,  and more knowledge so that I may drop my grain of sand to help fix it (Cuba).”

He does not define himself as an opponent, but as someone who says what he thinks, and that has cost him plenty on the island, like not being able to finish school in the three universities he has been in.

“I wasn’t allowed to finish at any university, not because of my grades, but because I would write this, protest about that,” Constantin affirmed, who in the last 6 months has taken Basic English classes at Miami Dade alongside 16 other Cubans students.

What he likes is to write about trips and art, he said.

He emphatically rejects the possibility of not returning to Cuba and staying in Miami, where the majority of the Cuban exile lives and is continuously growing with the ones who leave the island.

Constantin says he“doesn’t have any motives or needs.” He confessed that he misses his family and his small son. “It’s where I have my emotions, that country,” he said.

However, he did mention that “it is necessary to pass through Miami in order to get to know Cuba.”

Any person “who doesn’t visit Miami, has missed the best, most prosperous part which has the most hope for Cuba. The freest part, where real Cubans can use both the good and the bad that they have,” he said.

Constantin criticizes, however, the young Cubans who arrive in Miami, who he sees as apathetic and individualist.

“They continue to act in fear because they may have loved ones in Cuba, or because the government can obstruct their travel elsewhere,” he said.

If all the Cubans in Miami “would do something small for the cause” they would help bring about change on the island, said Constantin.

An old cell phone or a laptop, things that people in the United States replace every two or three years, are like “priceless jewelry” for a person in Cuba, he explained.

The opportunity to live in Miami has allowed him to realize that misery is not part of the DNA of the Cuban people.

“Changing the environment is what I try to do, and a lot more,” added Constantin, who spent his last days here saying goodbye to acquaintances and purchasing items that are not readily available in Cuba.

In his first tweet, Constantin posted a photo of an official document and explained that it was a fine for “obstructing the work of the customs department, that is, he did not allow himself to be robbed.”

Henry Constantin came to Miami as part of the Somos Un Solo Pueblo (SUSP) program by the Foundation for Human Rights in Cuba (FHRC) who coordinated the classes and several activities with Miami Dade College. The goal is to provide the students with educational opportunities that have been denied to them because of their beliefs, ideals, or because they are students of a censored educational system.